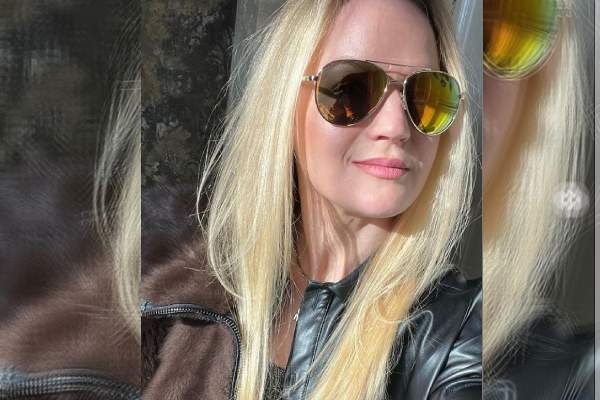 What’s 5 feet 5 inches, 125 pounds and cannot be messed with? It’s Valentina Shevchenko, who is currently ranked number 2 in the UFC women’s pound-for-pound rankings. Valentina’s UFC debut was in 2015, but she has achieved great success in a short period of time. The UFC superstar’s Kickboxing record is 57-2-0, and the MMA record is 23-3-0. She sure has left no stone unturned when it comes to her fighting career, but many of her fans wonder about her personal life as well.

There’s definitely no shortage of people dying to woo Valentina, but who might be the lucky person to charm the fighter and win her heart? This article will discuss Valentina Shevchenko‘s husband and her love life. If you are curious about Shevchenko’s dating life, then keep up with us until the end to find out everything about the fighter’s love life.

The Russian fighter Valentina Anatolievna Shevchenko who is also known by the nickname Bullet, is currently the biggest female superstar on the whole UFC roster. She was born on March 7, 1998, in Frunze, Kirghizia, to a Russo-Ukrainian family. Her mother, Elena Shevchenko, is the president of Kyrgyzstan’s national Muay Thai Association and a former Muay Thai champion. While her father is Anatoly Shevchenko, who was a veteran of the Cold war and served in the Pacific Fleet of the Soviet Navy.

Valentina’s interest in combat sports began at the early age of 5, and her huge influence was her sister Antonina Shevchenko, who is also a UFC fighter who competes in the flyweight division, and her mother. Her family’s background is quite interesting as well. She has had multiple citizenships throughout her career. They owned Soviet citizenship and later Kyrgyzstan citizenship.

Valentina has been involved in Taekwondo since she was five and further learned kickboxing when she turned twelve. When she was 12, she knocked out a 22-year-old opponent, which made her earn the moniker Bullet by her trainer Pavel Fedotov. From the beginning, Valentina has been fighting with her sister, Antonina. So when their coach Pavel permanently relocated his team to Peru, Valentina gained Peruvian citizenship in 2008. This is the reason behind Valentina’s fluency in Russian, English, and Spanish.

Well, Valentina’s career just doesn’t revolve around fighting and kickboxing. Apart from being involved in fighting, the MMA fighter has also won a dancing reality show called Combate, which was held in Peru in 2013 AD. Furthermore, The Bullet also earned an undergraduate degree in filmmaking in Kyrgyzstan and starred as the main antagonist in the 2020 Netflix Sports Drama entitled “Bruised” in 2021. The Muay Thai fighter has won four UFC Championships throughout her career. Apart from that, she has also been entitled to the Female Fighter of the Year multiple times.

Valentina’s career shines as bright as a diamond. She is unarguably one of the best fighters to ever exist in the UFC. But life’s not always about career and fame. There is another important aspect of life as well. Because when we grow old and grey, all the accomplishments are good to hear and recall, but true ecstasy is achieved when we can share the untold stories with someone close to our hearts. So is there such someone in Valentina’s life? Is Valentina Shevchenko dating someone? There are loads of questions, and we are here to answer them all.

Being in such limelight, it isn’t easy for Valentina to keep her personal life under wraps for a long, but so far, she has somehow managed to do so. It doesn’t appear that she has had much time involved in relationships, or it might be that much of it hasn’t been made public. Like other well-known artists, her private life is so secretive that no outside sources have been able to uncover much about it.

One rumor appeared when she moved out of Peru to Las Vegas with her coach Pavel Fedotov, which created a rumor of Valentina Shevchenko dating him. But later on, when Fedotov got married to Valentina’s sister,  Antonina Shevchenko, the rumor was busted.

Apart from that, according to some sources, Shevchenko was involved in a relationship in the past, but they weren’t able to find out his identity either. No matter how much news spreads out, in the end, we can’t jump to conclusions without the fighter speaking out loud by herself about her love life.

According to the sources, Bullet has a net worth of around $5 Million currently, and her MMA and endorsements seem to be the main source behind it. The MMA fighter doesn’t prefer opening up about her personal life to anyone, which is a good thing as even the tiniest rumors can’t spread in a widened form, and she can stay away from all the paparazzi dramas.

For now, all we can say is Shevchenko appears to be single at the moment and is focused on her career adventure to advance it. That is something we may assume is true, but she may as well be keeping her relationship hidden. Whatever the reality is, we extend our best wishes and hope to hear some good news regarding her love life and partner soon.