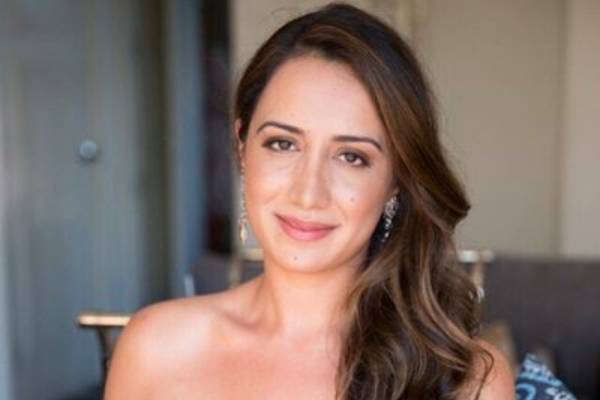 Vladimir Tenev, best known as Vlad Tenev, has been a significant part of the technology and business world since the early 2010s. He is recognized as the co-founder of the American financial services company Robinhood, which gained massive media coverage in early 2021. Tenev founded the company with his college friend and business partner Baiju Bhatt in 2012 and was listed in Forbes 30 Under 30’s finance category.

While the young entrepreneur and his business partner have gained immense media attention over the years, their personal lives are rarely available for the public to see. However, we know for a fact that Vlad is a married man and also a father of one. So today, let’s get to know Vlad Tenev’s wife, Celina Tenev.

Married to Vlad Tenev And Mother Of One

Celina Tenev and Vlad Tenev have been married for quite some time now. The pair might have started dating when they were in college, as both Vlad and his wife, Celina, attended Stanford University. While the entrepreneur has a mathematics degree, his spouse studied medicine as a postdoctoral fellow. Tenev’s wife, Celina’s research was in tumor imaging (MRI) at the Department of Radiology.

While we know about their educational background, both Vlad Tenev and his spouse, Celina Tenev, have kept their life private. However, in an interview with Entrepreneur in 2018, Tenev revealed that his wife is his biggest champion and even gave the advice to choose a great partner both in life and business. He also said that spending time with his family early in the morning keeps him energized throughout the day.

Moreover, in the same interview, Vlad also mentioned their daughter. At the time, Vlad Tenev’s daughter, Nora Tenev, was just one-year-old, and he revealed that the little one loved to crawl all around the house. Vlad and Celina’s child is now a toddler, and she must bring immense joy to the family. Both mom and dad are undoubtedly proud of their little princess.

Just like the founder of Robinhood, Vlad Tenev’s spouse, Celina Tenev, is also an entrepreneur. Celina Tenev co-founded Call 9, a start-up that offered emergency care through video visits to nursing houses, in 2015. She established the company with her business partner Timothy Peck. While Celina studied medicine as a college student, Timothy worked as an emergency medicine doctor at Harvard Medical School.

Call 9 was a big hit in the medical field as it provided services to nursing home residents who would dial the emergency service 911 for trivial cases. As per Timothy, a large percentage of the hospitalizations that come from nursing homes are avoidable. So to help decrease hospitalizations, Peck and Tenev started their company which worked as a middle man in these situations.

However, a few years later, the healthcare startup shut down its operations. According to CNBC, the company that had raised $34 million in venture capital struggled to secure additional capital to manage the high cost of operating a health care facility. Celina Tenev and her business partner, Timothy continued to operate a part of the business Call 9 Medical, and let’s hope they manage to help as many people as possible through this.

Accompanies Her Husband To Various Events

As a billionaire and a well-known entrepreneur, Vlad is invited to several programs related to his field. And accompanying him to these events is his beautiful wife, Celina Tenev. The husband-wife duo has attended the Breakthrough Prize Ceremony at NASA Ames Research Center several times and managed to wow the people with their sharp looks.

However, even after attending various industry events, Vlad Tenev’s wife, Celina Tenev, still prefers the stay away from the limelight. The Tenev couple is always very aware of people’s fascinations about their lives, so they enjoy their life hidden from the media. Celina even has set her Twitter profile to private and only has 500+ followers.

While both Vlad Tenev and his wife, Celina Tenev, are private people, we hope that the pair opens up about their life and also shares about their little girl, Nora, in the coming days.