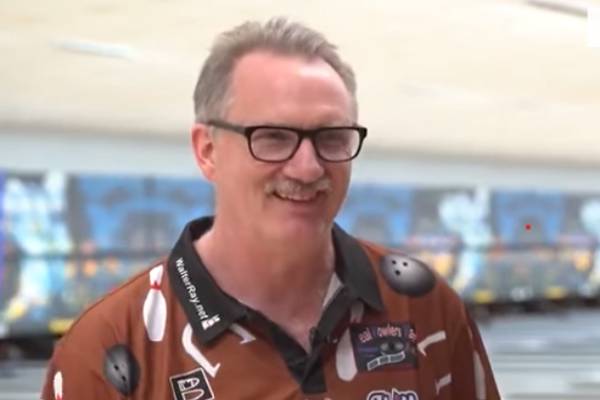 Walter Ray Williams Jr. is a renowned American professional bowler and a horseshoes pitcher. He has won PBA Player of the Year seven times and is one of the most respected and popular players. In 2016, Williams became the first athlete in history who reached 100 total PBA titles. In addition to that, he is also a nine-time world champion in the horseshoes game.

Williams is nicknamed Deadeye for his accuracy in bowling and horseshoes. He has been active in the league since the 1970s. With his unparalleled success and longevity, he has gained an immense amount of fame and name. As a result, the talented bowler’s personal life has also come into the limelight of media.

Walter And Paige Were Married For Nearly Two Decades

Paige Pennington is the famous bowler Walter Ray William Jr.’s former spouse. However, the ex-pair hadn’t shared details about their marriage. But as per several sources, they were married for nearly twenty years and together for over thirty years.

The ex-pair used to live in Oxford, Florida, along with a daughter. They shared a long journey together and must have been each other’s rock through the rough patches.

Although the ex-couple seemed rock solid, they parted ways in 2017. The reason for their divorce is still confidential. However, ending such a long relationship must have been emotionally hard for both of them. Nevertheless, the former lovebirds have moved on and started a new chapter of their lives.

Also Read: Why Jim Boeheim Divorced With Elaine Boeheim After 18 Years Of Marriage

Walter Ray Williams Jr.’s Ex-Wife Is A Mother Of A Daughter

As already mentioned, Walter Ray Williams Jr. and his ex-wife, Paige, were together for a long time. However, the former pair does not have any biological children together. Instead, they adopted a child together.

The ex-couple adopted a daughter named Rebecca Lynn in 2007 when she was just four months old. Additionally, the bowler was all over the moon to be a first-time dad. In one of the interviews with the Los Angeles Times, Walter shared that becoming a father gave him a new look at life.

Furthermore, Walter Ray Williams Jr.’s daughter is one lucky girl who got such lovely parents, and it is given that she had a happy childhood. Although her parents divorced shortly after her adoption, they must have shared custody of her.

Regardless, the former couple’s little girl has grown up to be a beautiful woman and is enjoying her teenage years. She must be focused on her high school education. Could it be Lynn might follow in her dad’s footsteps and become a professional athlete?

Nonetheless, whatever Paige’s child, Rebecca Lynn, chooses to become, she will get full support from her and easily overcome any hurdle that she might face in her journey toward her dream.

Wherever life puts a person, one must always move forward. Likewise, Walter and his ex-spouse have already moved on from their long bond and entered a new chapter of their life.

Walter Ray William Jr. now shares a blissful marital life with Fancy Allen, aka Francesca Allen Williams. Shortly after the divorce, he exchanged wedding vows with his current partner in May 2017. It was just before the PBA50 Tour began at Harvest Park Bowl in Brentwood, California.

However, Walter Ray Williams Jr.’s ex-wife is a woman of secrecy. She lives entirely away from the public eye and focuses solely on her life.

Furthermore, the talented bowler and his spouse, Fancy, currently reside in Oxford. He seems satisfied with his current marital bond, and it must be the same for his now-wife too.

Although Walter Ray Williams Jr.’s ex-wife, Paige Pennington, has not revealed her whereabouts, she must be living peacefully. We wish her serene life filled with joy and happiness ahead.