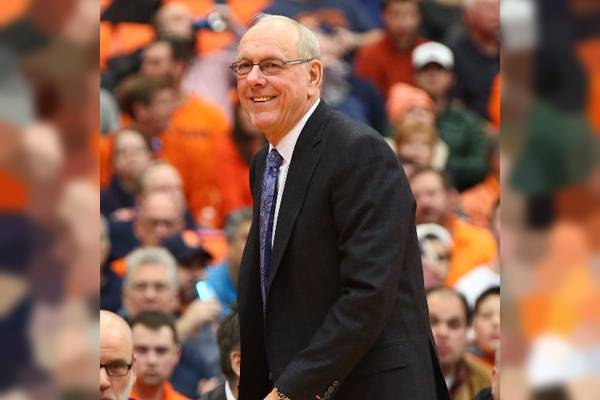 Jim Boeheim is an American college men’s basketball coach who was also a basketball player. He is currently serving as the head coach for the basketball team of Syracuse University, known as the Syracuse Orange. He also played for the team throughout his college career.

Boeheim, whose birth name is James Arthur Boeheim Jr., started his coaching career as a graduate assistant coach for the Syracuse Orange in 1969. He officially started serving the team as the head coach in 1976 but not before working as a full-time assistant coach for a while.

To the fans of the men’s college basketball team and the infamous coach, it would be no new information that Boeheim has been married twice. So in this article, we will learn more about Jim Boeheim’s ex-wife, and the possible reason for the duo’s split up.

Elaine Boeheim is the popular coach Jim Boeheim’s former spouse. As per Vault, the ex-pair met at Elaine’s workplace, an oral surgeon’s office where she was working as an assistant. They met every time Jim would bring the players for exams. The coach eventually confessed his love for her and asked her out.

After dating for a while, the duo married in June 1976 in Lyons, New York. It was two months after Jim Boeheim started serving the Syracuse Orange as the head coach.

Despite being the wife of the famous coach, Elaine stayed out of the limelight as much as possible. It seems the former spouse of the coach was and still is a person of privacy. Elaine has low social media presence and has been staying out of the public eye.

Do Elaine and Jim Have Any Children?

As far as it is known, Elaine and Jim Boeheim do not have any biological children. Instead, the ex-couple decided to adopt a child together. However, at first, the Orange head coach didn’t want to adopt any kid. But, Jim Boeheim’s ex-wife won him over, and they eventually adopted a baby girl.

The ex-pair welcomed Elizabeth Boeheim into their lives in 1985 when the coach was about 42 years old. After both went their separate ways, Elaine raised their daughter as a single parent. Nonetheless, she would let her ex-husband meet their only child whenever he wanted to.

Jim Boeheim’s daughter, Elizabeth is now in her thirties. She attended Colby College, ​​a private liberal arts college, for her undergraduate studies and got her master’s degree from the University of Montana. The only baby of Elaine and Jim is currently living in Missoula, Montana, where she works as a faculty staff at The University of Montana.

Had Separated A Few Times Before Divorce

As the coach had made a lifelong commitment to Syracuse, the pressure to win was more than intense for him. Due to this reason, the ex-duo separated for a brief time in the mid-1980s. They got back together but separated again for another period.

The loss to Indiana in the 1987 championship took a great toll on Jim, which wasn’t helping his mental state. It was a very challenging period for the coach, and it seems to have affected his relationship with Elaine as well. The ex-pair separated again in 1993 and they eventually filed for divorce. The divorce between the two was finalized in 1994, and they split up for good.

As for Jim Boeheim’s ex-wife, Elaine chose not to marry anyone and raise her daughter Elizabeth on her own. As she stays entirely out of media, it is hard to know what the coach’s former spouse is doing.

Nevertheless, we wish Elaine Boeheim becomes successful in whatever she decides to do and leads a happy and healthy life ahead.