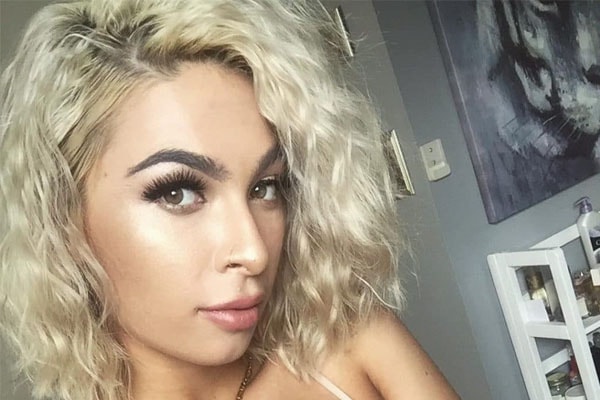 American rapper and reality TV star Winter Blanco has been an interesting character on television ever since she first appeared in the reality TV show Bad Girls Club. A crucial member of the show for a long time, she is best known for having a lot of boyfriends over the years. Not only did she have a lot of boyfriends, her relationship with every one of them was pretty troublesome as well.

Winter, whose real name is Kaila Wilkey, has serious boyfriend issues, to say the least. First, during her affair with Eugene, Eugene had to call the police to remove Winter from his car. Then, her relationship with Justin Combs had its tumultuous issues, as she claimed that Justin had sex with Dreamdoll. As of now, she is single, which might just be a good thing for her.

Winter Blanco first made headlines for dating Eugene Sims, who is the defensive end of the team Los Angeles Rams. They started dating back in 2016 and it was confirmed by Blanco herself when she attended a Rams game wearing his jersey. Their relationship didn’t last long though as they broke up soon after.

Blanco’s next big-time relationship was with rapper Shad Moss, better known as “Bow Mow“. The two started dating in 2017 as the two were seen together on multiple occasions, but then later that same year, she claimed that she was single. She also had an affair with Justin Combs, son of the legendary rapper Diddy, but the timeline of their relationship is unknown.

All of Winter’s relationships have been full of troubles. While dating Eugene, Eugene had to call the police, who used pepper-spray to remove her from his car. She also faced trouble over her affair with Justin, as she claimed that Dreamdoll slept with her former boo.

As of present, there has been no confirmation on who she is currently dating. It seems to be the best thing for her as she needs some alone time to consider her relationship options.