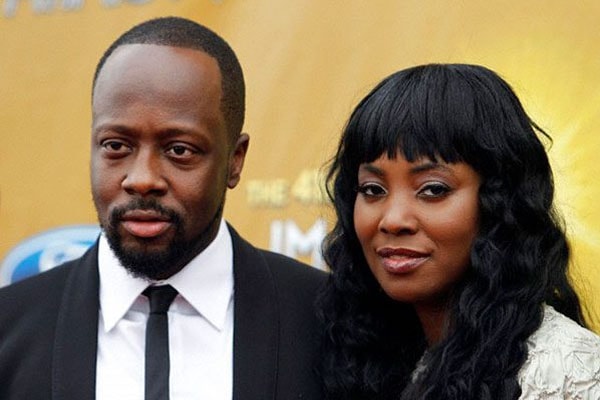 The celebrity couple’s marriage has lasted over two decades, which is a lovely thing to have. The lovebirds like to keep their personal life and children out of public limelight. However, Claudinette reportedly has a daughter with her husband Wyclef. Wyclef Jean’s daughter with his wife Claudinette Jean is an adopted Haitian girl, named Angelina Claudinelle Jean.

Wyclef’s wife Claudinette, also known as Marie Claudinette, is a professional fashion designer. She holds a Bachelors in Fashion Studies from Montclair State University. Her career in the fashion industry reportedly spans over 20 years. On her Instagram, Claudinette posts pictures of models wearing dresses designed by her.

As well as being a lifelong student of art and fashion, Claudinette is also a founder and entrepreneur. The fashion pro is the CEO of her fashion design company, Fushá Designs Inc. Her clients include high-profile celebrities such as Mary J Blige, Ja Rule, Whitney Houston, her husband Wyclef Jean, etc., among others.

Not many know that Haitian rapper Wyclef Jean is an adventurous husband, as he regularly goes on world tours with his wife, Claudette Jean. Thanks to Wyclef Jean’s net worth of $10 million, he can afford to take his wife out to lavish vacations and tours around the world.

Likewise, Claudinette most probably feels lucky to have such a generous husband, who cares more about his lovely wife than money. The couple is often seen in public with their adopted daughter Angelina Claudinelle Jean, who is a Haitian by birth.

Apart from her glamorous fashionista lifestyle, Claudinette is also her parents’ loving daughter. Her immigrant parents came to the United States when Claudinette was eight years old. Her siblings include four brothers and a sister.