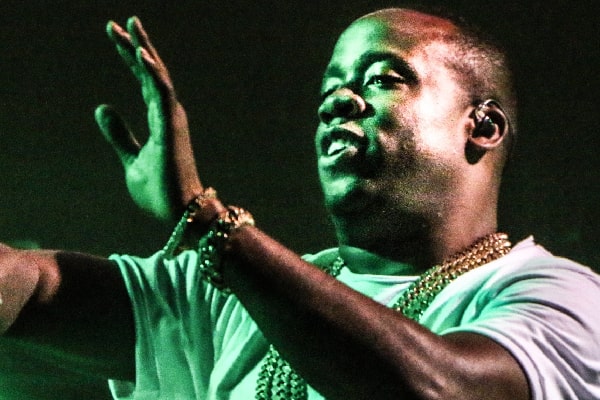 Yo Gotti has amassed a massive amount of fortune from his music. Image source: wikimedia commons.

Mario Mims or better known as Yo Gotti, is an American Rapper who got fame from his exclusive albums like From Da Dope Game 2 Da Rap Game, Self-Explanatory, Life, and Back 2 Da Basics. Gotti has been making music for more than two decades and is not slowing anytime soon.

Coming from Memphis, Tennessee, after a rough childhood, Yo Gotti’s rapping abilities have made him who he is today. Gotti has gained a lot of success relative to what he was years ago. His popularity in Memphis and throughout the world makes him a boatload of fortune too. According to Celebrity Net Worth, Yo Gotti’s net worth is estimated to be $5 million.

Yo Gotti Net Worth and Earning Sources

As we mentioned earlier, Yo Gotti’s net worth is currently about $5 million. As anyone can guess, most of his earnings are from his music. Gotti also has two YouTube Channels, one with Vevo and another is his own. Combining these two makes a commendable part of his earning sources. Gotti has been making music for a very long time, so let’s break down how this rapper from Memphis makes his fortune.

Earning As a Rapper

Yo Gotti began his career at the age of 14 in Memphis, Tennessee. During that time, he was known as Lil Yo and was popular at the local level. It wasn’t until the early 2000s that the rapper started to make a name for himself throughout the country. With the release of his album From Da Dope Game 2 Da Rap Game, he started to popularize his name as Yo Gotti to the world widely. All of his albums are available for purchase on Amazon.

Gotti continued to release massive hits like Self-Explanatory, Live from the Kitchen, I Am, and The Art of Hussle. His song 5 Star from the album Live from the Kitchen peaked at 79 on the Hot 100, 19 on U.S R&B, and 11 on U.S Rap. He has also collaborated with other well-known names of the industry like Lil Wayne in the album’s second song called Women Lie, Men Lie. Gotti has continued his rap through multiple generations; his much later albums like I am and The Art of Hustle were also massive hits featuring rappers like Young Jeezy and YG.

Furthermore, the 39-year-old rapper has also collaborated with big stars such as Meghan Trainor and Nicki Minaj, which skyrockets his popularity.

As mentioned earlier, Gotti also has two YouTube channels that make a commendable amount of fortune. According to Social Blade, the two channels combined make an estimated yearly income ranging between $36.6k- $585.3k. This also makes a huge chunk of Yo Gotti’s net worth. His earnings from two individual channels are given down below.

Furthermore, Gotti is also available on other streaming sites like Spotify and Deezer, which also makes a lot of revenue.

Earning As a CEO

Apart from rapping, Gotti also runs a record label called CMG, Collective Music Group, or previously known as Cocaine Muzik Group. This label features his fellow biological brother Brandon Mims as the President while Gotti proclaims himself as the CEO. And the artists under the label are also successful on their own, and Yo Gotti being the CEO, must generate a fair amount of fortune.

Lost Half A Million And Nearly Lost His Cars

Gotti lost half a million dollars while gambling back in November 2019. The rapper lost a massive fortune while playing BlackJack, according to Hot New Hip Hop. The rapper was playing at Shawn Carter Foundation’s Charity Gala with Jay Z. But for this Multi-millionaire, the loss was not a major setback. Just after two months after this loss, Yo Gotti bought a new mansion. The rapper showed off his mansion through an Instagram post and story, which is now deleted.

The rapper nearly lost his beloved cars and his Bel Air mansion when he was on the wrong end of a judgment of almost $7M in 2019. He had allegedly pocketed big money to collaborate with an artist, but it did not go according to plan. His manager sued Gotti for going behind his back and recruit Young Fletcher over to his label for $150K. Initially, Gotti had to pay $2.2M in damages, but later the judge found that Gotti was engaged in deceptive acts, so he tripled the penalty to $6.6M. His manager vowed to collect the money even if he had to take Gotti’s mansion and luxury cars, but fortunately for Gotti, it did not happen.

Gotti has his own set of luxury car collection, which includes cars from brands like Mercedes and Ferrari. The rapper also gifted one Mercedes to his big brother on his recent birthday. He has three cars painted in Cyan, which has become his signature color. Like any other rapper, he also possesses diamond jewelry and expensive watches. Gotti also uses his social media platform to promote his record label and music as much as possible, which significantly grows his popularity.

Going through Gotti’s Instagram handle, we can see how fond he is of his luxurious cars and lavish lifestyle. The rapper never sets back to show off his riches to the mass, and as his career is not slowing down anytime soon, he is destined to make a massive fortune.