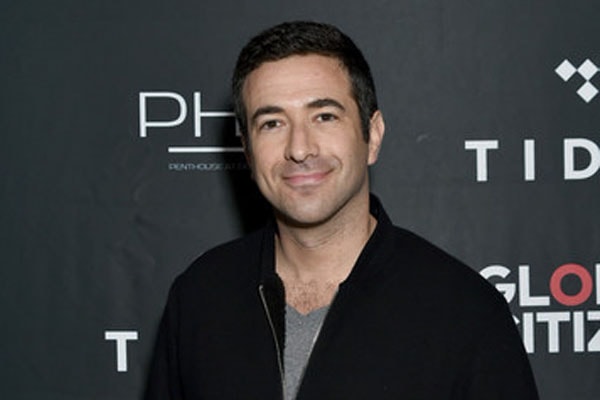 The MSNBC host for The Beat Ari Melber has earned fame and name within a short period. The reason is obviously his exceptional style of delivering the topics and giving critical views. He has been on the show since its initiation on July 24, 2017. The show is well received by the audiences making it the most viewed show of the channel till date.

The Emmy Award-winning journalist Ari is the chief correspondent of MSNBC. Prior to his media career, Ari worked for two United States senators and later earned his J.D degree from Cornell Law School. Although he holds a law degree, no one can deny that his career as a journalist is justifiable.

Ari Melber’s Blend Of Rap And Politics In The Beat

One person who can rap about politics would be none other than MSNBC’s Ari Melber. He is a huge fan of hip hop which is why he does not hold himself back from throwing some lyrical lines in his show. One of his signature styles of presenting views which have got him famous over social media and among the viewers.

The Beat is not humor oriented show, but then Ari’s rapping skill is attracting more viewers, specifically youngsters. Also, his guests are not always from the political background. Personalities from any field are welcomed in the show. For instance, rapper Fat Joe has also appeared in the show where he shared his views about Donald Trump. Because of the diverse story and guests who share a varying opinion, Ari has won the hearts of the viewers and received their positive remarks. Anyone can look up to the content that Ari offers in The Beat.

He may be leading a successful professional life, but Ari Melber had quite a stressful married life. He was married to fellow journalist Drew Grant from 2014 to 2017. The ex-couple has not disclosed the reason for their divorce. Even though Ari could not continue his relationship with Drew, this handsome guy has found his new love. Currently, Ari is in a romantic relationship with Baywatch actress Alexandra Daddario.

We hope Ari keeps his consistency both in his career and his relationship with the gorgeous actress Alexandra.