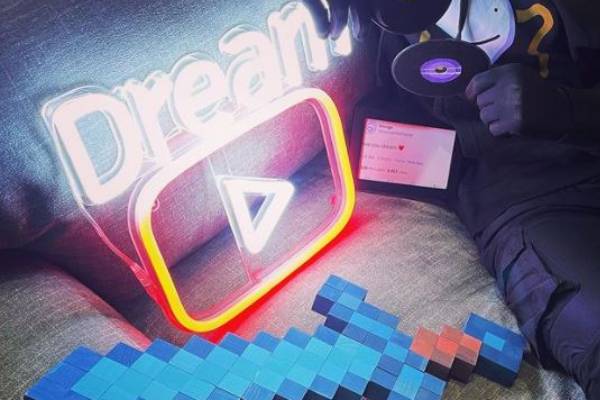 As the Metaverse looms nearer on the technological horizon, we get to see more of what the fictional universe has to offer. The newest piece of technology from Meta is the Meta Quest Pro, a visor that can track facial movements and display them in the digital realm. Reviewers have been impressed at how accurate the devices are and many eager customers want to see what’s next.

Because of this curiosity, the Metaverse is a lightning rod for social interaction with many influencers showing interest or even using the technology on their platforms. We think there are plenty of channels, pages, and profiles that will benefit from the coming interest in the Metaverse and virtual reality. So let’s look at a few content creators we think will reach new levels of fame once VR completely takes over.

This YouTube channel chronicles the online casino adventures of a high-rolling couple who bring in viewers that want to see them hit it big. They play all types of games such as live dealer, poker, and slots, all of which can be found if you click here. Because they play such a huge variety of games, they can double dip with VR and bring in a whole new generation of viewers that want VR content in the realm of online casinos. Online casinos also do a great job of staying relevant technologically, so if LadyLuckHQ can grab viewers looking to watch the beginning of casino VR, they can grow alongside an established industry that’s looking to move into a new market: a win-win for both parties.

As it stands right now, the channel has north of 200,000 viewers, but if VR online casinos make as big of a splash as we think they will, LadyLuckHD could have millions more in the next year or two. This could also help expand their reach to the rest of North America, as they’re currently listed as residents of America, but could easily grab viewers from the Canadian market that play online casinos relevant to their area.

Although it seems impossible for PewDiePie to get much bigger than he already is, we think VR could be the catalyst for huge growth for one of YouTube’s biggest personalities. We’ve already seen the star dip his toes into the virtual reality kiddie pool, but if the Metaverse gets as big as Mark Zuckerberg thinks it will and video games move towards a VR future, his viewership will demand content from him.

Luckily, for Felix Arvid Ulf Kjellberg, we have shown he more than has the funds to have a full-blown VR setup in his space whenever he needs it. We expect him to have the top-of-the-line equipment when the dust has settled with VR, and we give it another few months after that before his numbers blow up again.

Here’s a Chicago-based YouTuber whose popularity lies somewhere between the two mentioned above. However, Ctop has something neither of the aforementioned does: he’s already hit it big primarily using VR. While virtual reality has come a long way over the past five years, we think having a background in technology gives Ctop a leg up.

After all, while it’s reported that many businesses are thinking about how they can incorporate VR into their plan, Ctop already has that figured out. He would also be an established name mentioned in forums and comments sections when VR really hits it big and people are looking for someone who has established themselves using the technology.

If Ctop can take advantage of being the YouTuber who’s been there since the beginning, we think his viewership will rise right alongside the upwards trending VR movement.

Although it’s hard to forecast just who will benefit the most, be on the lookout for these three names and channels like them. We have a feeling there will be plenty more to say about them in the near future.