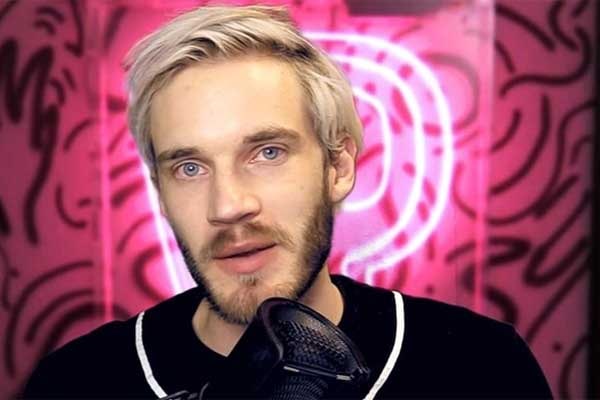 PewDiePie is one of the most famous YouTubers of the 21st century. Image Source: Pinterest..

YouTube has become one of the widest used social media platforms of the 21st century. So, it is obvious that it has given us a wide variety of stars. Among those names, one specifically stands out, and he is Felix Arvid Ulf Kjellberg, aka PewDiePie. He is totally in his own league as he became the one and the only person to ever cross the 100-million subscriber’s mark.

PewDiePie joined the YouTube community way back when YouTube was starting to make its mark on the Internet. We can say to some extent, he is the man behind inspiring many people to become a full-time YouTuber. As he himself has amassed a fortune with the help of this platform. In fact, he was one of the highest-earning YouTubers of 2018. So, here we are going to discuss how he lives, where he lives, with whom he lives or, in a nutshell, his lifestyle.

Though PewDiePie makes somewhere between 462.7K to $1 million a month and $751.9 to $12 million a year, according to SocialBlade, he lives quite an ordinary life. Yes, one of the biggest names in the YouTube society is a guy who is down to earth. With such revenue, anyone would buy a beautiful mansion and tons of exotic stuff, but our PewDiePie isn’t one of them. He lives a simple life with his better-half Marzia Kjellberg, whom he got married on August 19, 2019.

PewDiePie has spent a whole lot of time roasting YouTubers who earn views from showing fancy stuff on their channel so, it’s obvious that PewDiePie himself isn’t interested in such stuff. Being a multi-millionaire himself, we don’t see him spending money on yards, jewelry, or other crazy things. What we see is pretty much ordinary, and that’s how he lives. In one of his videos titled, My New Car, we saw him showing an old Nissan car, and oh boy, he loved his little ride.

We must say, for a multi-millionaire, PewDiePie surely lives an ordinary life. He even uses pretty ordinary equipment for a millionaire. So, one might have a question, where does he spend all of his money on?

Where Does He Spend All Of His Money?

Well, to answer that, PewDiePie spends much of his money on equipment, merch, and traveling. Yes, PewDiePie loves traveling, he can be seen visiting new places alongside his wife. Plus, some sites suggest that a huge chunk of his money is invested in real states.

In addition to that, he has hired his own team of editors, he quite doesn’t have a team as only two people are working for him currently. Brad Woto was hired in 2014 while Sive Morten hopped on in 2016.

We can say PewDiePie doesn’t like to spend a whole lot of money, and even if he does, he doesn’t show off as many YouTubers do. Maybe that’s why so many people like him, ‘coz he is really down to earth. Plus, he is also associated with many charities and has organized multiple funds raising programs on his YouTube channel.

There is no such thing as normal PewDiePie day because every day is something new something exciting for him. He does not live an ordinary life as we all do, well sometimes he does, but most of the time, he is traveling, vlogging, or roasting. We can say life is going pretty well for our favorite YouTuber.

PewDiePie generally travels with his wife Marzia, and the two share a lovely house together too. The pair also owns three dogs, Maya, Edger, and YNK. Plus, he used to have a pet cane toad named Slippy, who unfortunately passed away in December of 2017.

Apart from that, PewDiePie also spends a chunk of his time with his content creator and editors. Not only that, but he also spends a whole lot of time signing merch, which he likes to call, making his fans happy. As we all know, his signed merch will make someone somewhere happy, and we do appreciate his efforts.

To conclude, PewDiePie isn’t like any other YouTuber, and his fans love him for that. He is a down to earth person who loves actually helping people and doesn’t like flaunting his wealth. A nice guy trying to make people laugh and earnings couple of bucks on the way, that’s our PewDiePie.