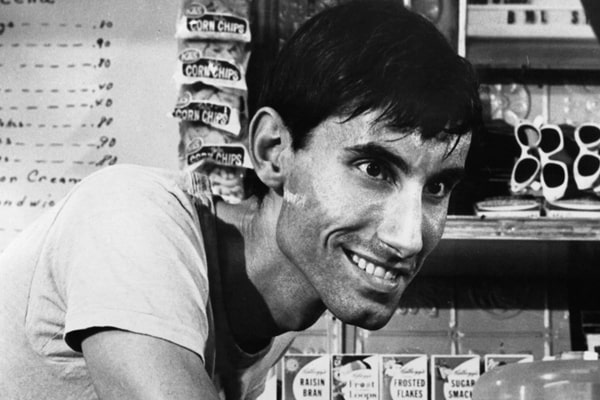 Jimmy Anthony aka Anthony James lost his life to cancer at the age of 77. Image Source: Getty Images.

Actor Anthony James, best known for playing villains in film and television shows has died on May 26 in Massachusetts. He was 77.

Born as Jimmy Anthony, on July 22, 1942, James died two months short of his 78th birthday because of cancer. According to his obituary, James grew up in a tight financial situation and cleaned houses with his mother to make ends meet in LA. He had moved to LA with his mother to pursue his acting career after graduating high school.

The late actor created his stage name, Anthony James, and was just 26-year-old when his breakthrough as a killer in the movie by Norman Jewison, In the Heat of the Night caught Hollywood’s attention.

James retired in the early 1990s with his final movie role as Skinny Dubois in Clint Eastwood’s ‘Unforgiven.’ The movie won Academy Award for the best picture just like his first, In the Heat of the Night.

Anthony James was a phenomenal actor often described as tall and lean with a compelling screen presence. His other famous works include Vanishing Point, Burnt Offerings, World Gone Wild, Blue Thunder, etc. Likewise, some of his notable tv-series include Married… with Children, Beauty and the Beast, The A-Team, Police Story, etc.

Throughout his 27 years of an acting career, Anthony James worked with top names including Sidney Poitier, Jeff Bridges, Clint Eastwood, Richard Harris, Blythe Danner, etc. According to Anthony James’s obituary, he was a bad guy on-screen. However, Jimmy Anthony, on the other hand, was a sweetheart with an exceptional talent for artistry.

After retiring from his almost 30 years of an acting career, James enjoyed a considerably extensive successful career as a painter and a writer. He moved to England, where he painted and sold to galleries in Boston, Japan, and many other locations. Likewise, he also published a book of his paintings and poems, Language of the Heart, in 1994. Jimmy Anthony also wrote a memoir to his mother, Acting My Face.

James Anthony never got married and had no children. He dedicated his entire life to various forms of art. Jimmy Anthony, aka Anthony James, is survived by his friends who cared and comforted him at his residence in his final days. Likewise, all the donations in Anthony’s memory are asked to be given to the American Society for the Prevention of Cruelty to Animals (ASPCA) and St. Jude Children’s Research Hospital.