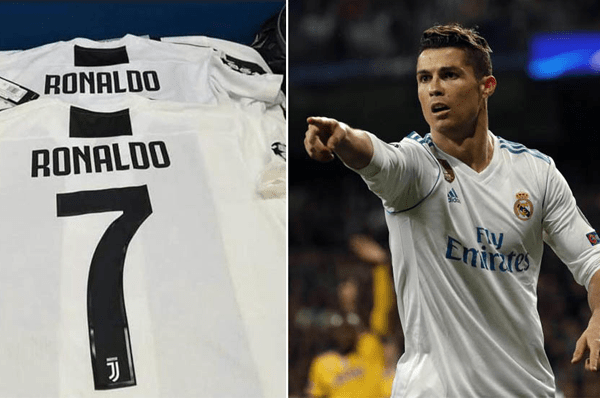 The biggest transfer of the 21st century is complete as Portuguese football icon Cristiano Ronaldo has signed for Italian giants Juventus. This comes as a shock for football fans all over the world because Ronaldo has been synonymous with Real Madrid and few expected him to leave the club.

The deal was completed on Tuesday with Madrid to selling the 5-time Ballon d’Or winner to Juventus for a fee of €100 million ($117.4 million). Ronaldo is expected to earn €30 million ($35.18 million) in a year. This transfer has had the world world buzzing.

While many are shocked and even appalled that Ronaldo is leaving Madrid with people even criticizing Juventus for buying Ronaldo for such a hefty fee as he is 33 years old. But, this transfer is rather a blessing for all the parties involved with Juventus, Ronaldo, and Real Madrid gaining a lot from this ground-breaking transfer.

Ronaldo’s move to Juventus opens up a lot of possibilities for Real Madrid. Los Blancos achieved everything they would have wanted when they signed him from Manchester United way back in 2009 for a then record fee of £80 million. He has helped them win all there is to win and there’s nothing more he can do for the club. Selling Ronaldo has freed up places in the Madrid squad for new signings that will take the club forward.

Ronaldo’s presence in the squad stopped Real from signing many top players in the past. Players like Eden Hazard, Rober Lewandowski, and Neymar refused to sign for Real Madrid because they knew they couldn’t be the top star in Real Madrid as long as Ronaldo is at the club. Ronaldo’s departure has opened up the possibilities for Real to sign these players that’ll carry the club for years to come.

Juventus will probably benefit the most from Ronaldo joining their squad. While you can argue that Juventus probably don’t need Ronaldo to win the Seria title, having won the Italian league title for 7 straight seasons, his presence will help them expand globally as a footballing powerhouse. Juventus are a big side in Italy and are well known amongst the die-hard football fans, but plenty of casual fans don’t look at them with great interest. With the signing of Ronaldo, the Old Lady of Turin will amass a great following all over a world and their empire will expand overseas too.

Furthermore, Ronaldo is one of the most marketable players in the world which will help Juventus sell a lot of merchandise, improving their financial status. Ronaldo’s marketability will help Juventus’ economy to such an extent that the transfer fee of €100 million as well as his reported annual salary of €30 million seems like a bargain. Juventus, as well as their sponsors, are bound to make a massive sum of money thanks to Ronaldo.

In addition, Juventus can take a step forward in becoming the top team in Europe with the help of Ronaldo. Despite being successful in Italy, they haven’t been able to win the UEFA Champions League in recent times. That could very well change thanks to the involvement of one of the best players in the world, Cristiano Ronaldo.

As far as what this transfer deal means for Ronaldo himself, it is a chance for him to rejuvenate his career. Ronaldo has achieved everything he possibly can for Real Madrid. He won every title he could have won, including three straight Champions league titles. By joining Juventus, he’ll get a fresh start and the will to carry on with his career.

Also, by moving to Juventus in a high profile transfer, Ronaldo will be at the center of attention for a long time, which is exactly what he wants. If he succeeds at Juventus, his legacy will grow even more and he’ll establish himself as a modern football icon, the likes of which we have never seen.