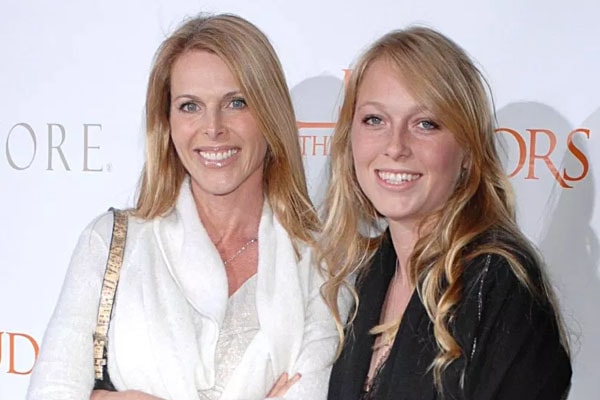 The Dynasty star Catherine Oxenberg reveals how she saved her daughter India Oxenberg from NXIVM sex cult. Somewhere around 2011, Catherine decided to go to a free presentation. It was intended to help her with business and communication skills. And as she went for the visit, she took her daughter India too, who was 20 at that moment.

Catherine Oxenberg’s decided to attend the program as one of her trusted friends praised about how the program had helped build up her presentation skills. Catherine’s decision to take her daughter India along is something she regrets to date. Well, NXIVM is a marketing company that offers professional and personal development through their “Executive Success Programs.”

There was a mission statement that the participants would have to repeat every day and pledge to enlist as many people as possible, which Catherine found a little bit off. Besides that, the group also tricked them to sign non-disclosure agreements.

Actress Catherine Oxenberg didn’t realize that NXIVM was an alleged sex cult, it was only after her mission to save her daughter India that she found out.

It was the New York Times that mentioned that NXIVM referred their female members as slaves, blackmailed them and also subjected to ritual humiliations. Oxenberg stopped taking classes in NXIVM which was formerly known as ESP in 2013, but her daughter India decided to stay involved. When Catherine Oxenberg’s daughter India decided to move to Albany, she tried her best to stop her. Catherine even tried to get her new jobs and was surprised at how the group had a hold on to her daughter.

And one day the actress Catherine receives a text from one of India’s friends that read “You need to save India.” And then she began her mission to save her daughter. Catherine Oxenberg compiled information, talked with cult experts and also to former NXIVM members and presented it to the FBI and New York attorney general.

At the beginning of the year, NXIVM’s founder Keith Raniere and actress Allison Mack were arrested. And after NXIVM announced that it was suspending all of its operations, Catherine Oxenberg’s daughter India finally decided to come home.

Although the “Road Rage” actress had a big hand in saving her daughter, she feels like India is the real hero in all of this.

If you are interested and want to know more about the case, then you can read Catherine’s book titled “Captive: A Mother’s Crusade to Save Her Daughter from a Terrifying Cult.”