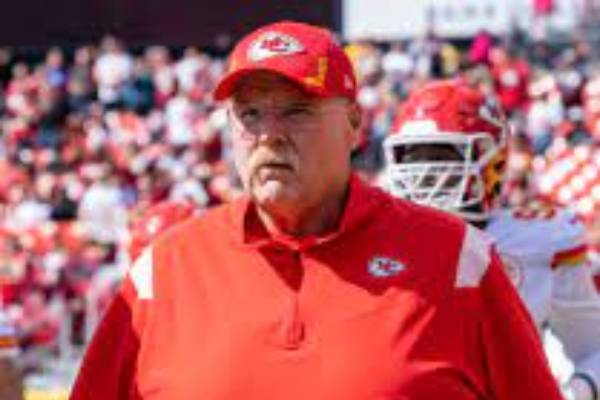 Andy Reid has been working in the NFL as head coach for over two decades. Image Source: Wikimedia Commons.

All the NFL fans out there must be familiar with Andy Reid‘s name. He is one of the longest-serving head coaches in the NFL, controlling the dugout since 1999. Reid currently serves as the head coach of the Kansas City Chiefs in the National Football League (NFL). The 63-year-old veteran is regarded as an offensive mastermind in the NFL.

Andy began his coaching career way seventeen years prior to being appointed as a head coach in 1982. He has been a generational coach in the NFL, serving as head coach for two decades. Eleven of Reid’s assistant managers have become head coaches of an NFL team.

Andy must have earned substantial money during his coaching career of almost 40 years. In today’s article, we will be discussing Andy Reid’s net worth, annual salary, and lifestyle.

Andy Reid Net Worth And Earnings

According to Celebrity Net Worth, Andy Reid’s net worth is around $30 million. As a football player, he was an offensive guard at Brigham Young University. In addition, he was a teammate of Jim McMahon and Tom Holmoe.

After his playing career, Andy spent the next nine years working as an offensive line coach for four different college teams. During this time, he coached Frank Pollack, who played for six seasons in the NFL with San Francisco 49ers.

Andy could have earned some money during his college playing and coaching days. However, most of his earnings come from his coaching career at the NFL.

Andy Reid started out in the NFL as an assistant coach with the Green Bay Packers in 1992. He worked as the assistant coach until he became the assistant offensive line and tight ends coach in 1995. He led the Packers to win the Super Bowl XXXI defeating the New England Patriots.

The average salary of positional coaches can range from anywhere between $150,000 to $400,000 and above. Although during Reid’s time as an assistant, the pay might have been comparatively low. However, he was a part of a Super Bowl-winning team in 1996, so his earnings as an assistant coach must have been pretty handsome.

The Philadelphia Eagles appointed Andy as their head coach on January 11, 1999. During his hiring, he was the second-youngest head coach in the NFL after Jon Gruden. He worked for 13 years until 2012 as the head coach of the Eagles.

During this period, he led the team to one Super Bowl finals but unfortunately lost to the New England Patriots. Nevertheless, he must have earned a good wealth during his stint with the Philadelphia Eagles

Following his departure from the Eagles, Andy Reid was hired by the Kansas City Chiefs as their head coach. Since his appointment, Reid has guided the Chiefs to three straight AFC title games. He won two of them, appearing in the two consecutive Super Bowls. Luckily, Andy won the Super Bowl LIV with the Chiefs defeating the San Fransisco 49ers.

The winners of the Super Bowl each receive up to $150,000. So Andy must have got his shares from winning the Super Bowl. Similarly, his current contract also pays him splendidly and he is one of the highest-paid coaches in the NFL.

As per NBCSports, Andy’s current salary is $8 million annually. Only six other coaches in the NFL are paid more than him. With such a big annual salary to his name, Andy Reid’s net worth of $30 million seems reasonable.

As mentioned above, Andy Reid is no rookie in the football world. He has been actively working in the NFL for three decades now. His current contract is worth up to $40 million. With such earnings, he must be living a comfortable life with his family.

Andy’s current contract is due to expire in 2022, but we hope to see him in the NFL for many years to come. After all, he is still regarded as an offensive mastermind, and his partnership with Patrick Mahomes has only made him better since 2018.