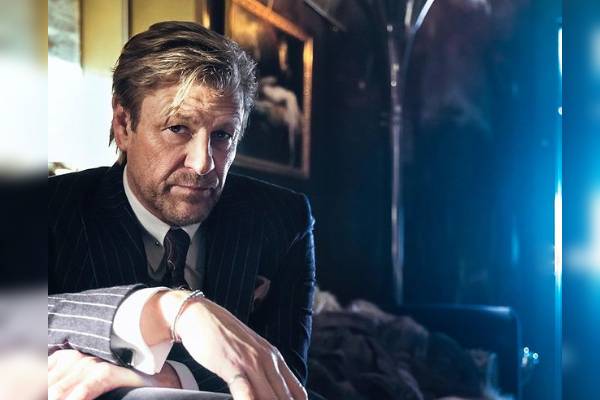 Shaun Mark Bean is a renowned actor who has appeared in the two most-watched franchises, The Lord of the Rings (LOTR) and Game of Thrones (GOT). Having begun his acting career at a young age, Sean Bean has climbed up the ladder of success to become one of Hollywood’s leading stars. Today, there is hardly anyone who does not recognize the actor.

There is no denying that Sean has made an unforgettable impact on the acting industry. Along with fame, the talented actor has also earned a massive fortune by working in different blockbuster series and movies. According to Celebrity Net Worth, the LOTR star has acquired a wealth of $20 million for himself.

So, let us look at Sean Bean’s net worth and earning sources in this article.

Sean Bean Net Worth And Earnings

Since first stepping foot into it, Sean Bean has unquestionably established himself as a dominant actor in the entertainment industry. With his remarkable acting abilities, Sean has persistently demonstrated that he is well-deserving of the riches he has amassed from his acting career. So, Sean Bean’s net worth of $20 million, which he has collected throughout his acting career, is not surprising.

Like many other great actors, Sean Bean began his career in college plays and theaters, the first of which was his role as Tybalt in Romeo and Juliet at the Watermill Theatre in Newbury. He also worked at the Royal Shakespeare Company from 1986 to 1988.

During that period, he appeared in productions of Romeo and Juliet, The Fair Maid of the West, and A Midsummer Night’s Dream. Slowly, Sean rose to prominence, landing roles in films such as When Saturday Comes, Airborne, Black Beauty, and The Book That Wrote Itself.

Sean also got the part of Alec Trevelyan in the 1995 film GoldenEye. The film was an instant success, grossing approximately $352.1 million at the box office.

So it’s safe to say that Bean’s fortunes have improved due to his appearances in such blockbuster films.

Starred In LOTR That Made Billions In Box Office Collection

While the world was getting to know Bean, he had the good fortune to play Boromir in the Oscar-winning trilogy The Lord of the Rings. The franchise was a huge success, earning billions of dollars at the box office.

According to sources, LOTR stars like Elijah Wood and Sean Astin were initially offered $250,000 before the films took off. However, Wood’s salary later increased to $1 million. Sean Bean’s salary may have been in the same ballpark as theirs, given that he also played similar roles in the movie,ac

Earnings From Other Acting Works

There is no doubt that Sean is best known for his role in LOTR. However, it is far from his only successful project. Some of his other well-known works, as well as their box office earnings, are as follows:

There is no doubt that the actor’s earnings from the movies mentioned above are enormous. But, at the same time, Sean Bean’s net worth includes the money he earns from starring in hit television series such as Game of Thrones, Family Guy, Wasted, Broken, The Frankenstein Chronicles, The Oath, and World on Fire.

Sean currently has over a hundred credits to his name and shows no signs of slowing down any time soon. As a result, Bean’s fortunes are set to skyrocket in the near future.

In recent years, Hollywood actors have developed a liking to become producers or directors. Many extraordinary stars have had successful acting careers before having legendary jobs producing films. Similarly, Sean Bean is among those who have dabbled in producing and found great success.

A producer’s annual salary in Hollywood is approximately $58,857, with top producers earning as much as $179,000 per year. Given Sean’s experience and status in the entertainment industry, the actor must have been paid in a similar range.

Still, the Sheffield native has a long way to go and will undoubtedly continue to produce numerous television series in the future. So, it is safe to predict that Sean Bean’s net worth will rise in the coming years from his work as a producer.

When thinking of famous and successful celebrities, we often imagine them being wealthy and living lavishly. Many even expect them to flaunt their luxurious way of living on social media. However, while Sean Bean does live a comfortable life, he is hardly seen flaunting his riches.

However, the actor has been divorced four times and divorces rarely come at an easy price. So, while the specifics of Bean’s divorces have not been revealed, it is safe to assume that he spent a significant amount of money on divorce settlements alone.

The Sheffield native currently lives in Somerset with his wife and spends most of his free time gardening. He previously lived in a Grade II mansion in North London, which was later put on the market for a whopping $6.8 million (£6 million). Sean initially bought the house for around $2 million (£1.8 million) many years ago.

So, even if the actor does not display his riches in public, his fortune of $20 million must provide a comfortable life for Sean and his family. So, let us all wish the LOTR star luck and hope that his wealth increases over time.