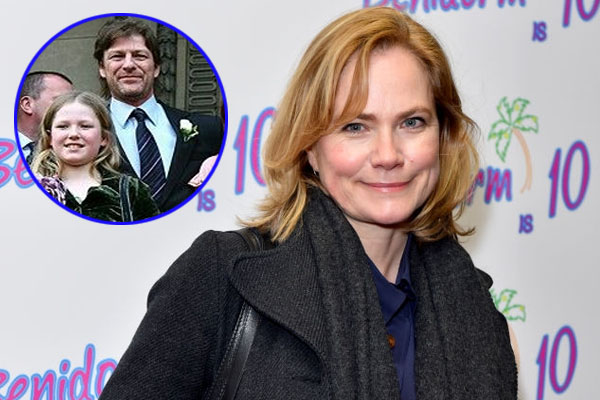 The American Television and Film actress, Abigail Cruttenden‘s daughter Evie Natasha Bean was born in November 1998. Evie’s parents, Abigail and Sean Bean met during the filming of Sharpe. The former couple got married in the year 1997 and had Evie, the only child between them. Unfortunately, the two divorced in July 2000.

Evie has three half-sisters named  Molly Bean and Lorna Bean from her father’s marriage to Melanie Hill, and Merle Fraser, the youngest daughter of her mother, Abigail with Jonathan Fraser.

Evie Natasha has a low profile compared to her half-sisters. She doesn’t seem to appear much on the award show as there are rarely any pictures we could notice her with family. It looks like she prefers a normal life.  As of now, she is 22 years old and is presumably healthy and good.

Evie’s father has been married four times, had four children and multiple relationships. Among all, Evie is the youngest child of his. Though he keeps a close relationship with his daughters, he has less appearance with Evie Natasha. We have no idea whether it concernes their privacy or to avoid negative remarks from the public. But the two seemed to have bridged a gap between them. However, Evie had once appeared on the media limelight with her parents and half-sisters. She looked beautiful and a happy child.

Besides, when she was a toddler, she was once spotted with her father, and another time with her half-sister Lorna.  Even though her dad, Sean was remarked as absentee-dad in the past, his presence with Evie proved as an attentive and loving father. Evie was the pride and joy of him. It looks like the father-daughter used to spend quality time with each other. We are eager to know more about their current relationship.

The name Evie is derived from the Hebrew Chava (life) which means “the mother of all living.” Natasha is a female given name which denotes “Born On Christmas Day.”