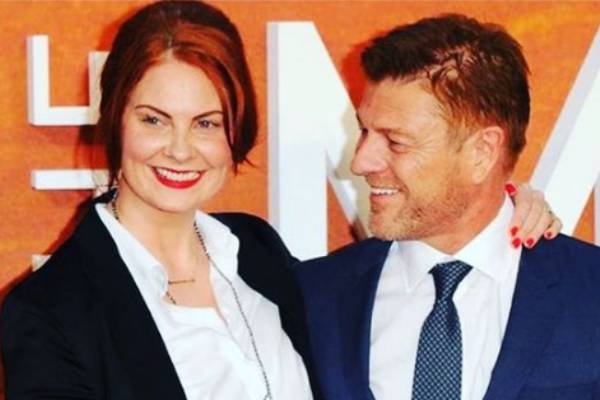 Shaun Mark Bean is undoubtedly a legendary actor, appearing in two of the most popular franchises, The Lord of the Rings and Game of Thrones. Sean Bean‘s acting abilities and incredible way of portraying characters in television shows and films have won the hearts of millions. So naturally, the press would drag anyone associated with the actor into the spotlight, and they have.

While Sean has achieved much success in his professional life, his personal life is an entirely different story. The actor has been divorced four times and married five times. While his previous marriages did not end well, much like the ending of Game of Thrones, his most recent marriage appears to be going well.

However, the public knows little about Bean’s partner because they keep their personal lives out of the spotlight. So, let us learn about Sean Bean’s wife, Ashley Moore, and see how their love life is going in this article.

Sean and Ashley met at the Belize Park bar, The Cobden Arms, in 2012. Later, while speaking to the Daily Mail in 2019, the Lord of the Rings star revealed their meeting was entirely coincidental. While Sean was a frequent visitor to the bar, it was the first time his future wife had been there.

The love-smitten couple instantly hit it off and began dating soon after. In 2014, rumors of the couple’s engagement began to circulate. Following this, the couple then tied the knot in Dorset on June 30, 2017.

Later, Sean stated that he had no intention of tying the knot again after his previous marriage ended, but that was before he met Ashley. He then added that he could not wait to spend the rest of his life with her.

The adorable couple appears to be enjoying a blissful marital life and frequently appear on each other’s Instagram. The pair are often admiring and encouraging each other through their social media posts, looking at which it is apparent that the pair love and support each other. Sean Bean’s wife also made her first red carpet appearance soon after exchanging wedding vows.

While the couple has yet to welcome a child, the actor is more than willing to start a family with his wife. Thus, it might not be long before we see a new addition to their family. When they welcome a child, we hope that they share the happy news with their admirers.

For now, let us wish Sean Bean’s spouse well and hope that her marriage blossoms with time.

While Sean and Ashley have been enjoying a blissful marital life, there appears to be trouble in paradise. In 2020, the couple made headlines for all the wrong reasons after causing havoc on a British Airways flight by consuming free alcohol.

The couple was drinking and having a good time when things took a turn for the worse. As per reports, Sean Bean’s wife poured a full glass of wine into his lap during their argument. This caused Sean to react instantly and, at some point, hurled his glass at his wife.

According to airline sources, the couple was fortunate that police were not called. However, Sean’s correspondent later stated that while there was a fight, it never became physical.

Still, let us hope we don’t have to hear any more bad news about the actor and his partner in the future.

We can all agree that Sean Bean’s tumultuous marital life is not unheard of. Prior to Ashley, the actor had been married four times. Firstly he married his school sweetheart Debra James on April 11, 1981. However, their marriage was short-lived, and the pair divorced in 1988.

The actor then moved on with actress Abigail Cruttenden, and the two exchanged wedding vows on November 22, 1997. Not even a year later, their daughter Evie Natasha Bean. Sadly, this marriage too was not meant to be, and the two split in July 2000.

In 2006, Bean began dating actress Georgina Sutcliffe. While the former couple did plan on getting married, the actor called off their wedding for personal reasons on the eve of the ceremony. Nonetheless, Sean and Georgina married on February 19, 2008, at the Marylebone Town Hall in London.

The couple then separated soon after. Even though the reason for their split is unknown, there have been numerous reports of domestic abuse while they were together. The couple divorced on August 6, 2010, and a decree nisi was issued on December 21, 2010.

At the moment, the actor is living a happy life with his wife, Moore. So, let us all wish Sean Bean and his partner well and hope that the years ahead bring them nothing but happiness.