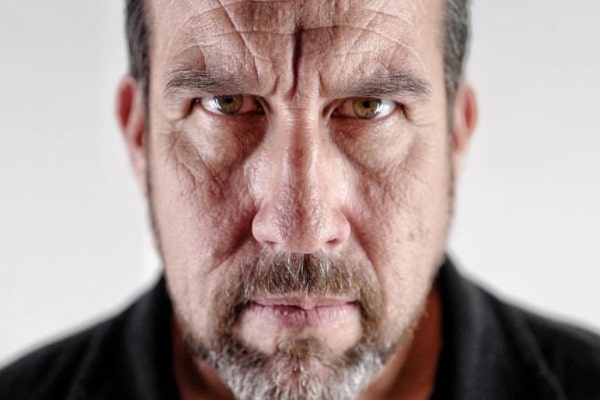 Big John McCarthy is best known for officiating mixed martial arts bout in multiple fighting organizations, especially in the Ultimate Fighting Championship. Born as John Michael McCarthy, the former ref is one of the most recognizable figures in MMA sports.

Shockingly, despite working with the UFC, John McCarthy’s net worth is $1 Million, mostly from his MMA expertise. Below let’s look into Big John’s income sources which contribute to his net worth.

Big John is the first head referee in the UFC, dating back to UFC 2, in which Brazilian Jiu-Jitsu legend Royce Gracie fought four times. Surprisingly, the UFC’s “Godfather” is paid an unbelievable amount despite refereeing most MMA bouts.

The father of three is responsible for most of the rules in the MMA rulebook and even replaced the classic squared ring with an octagon. As of 2021, Big John is reportedly paid $1500 for main card fights and $10,000 for high-profile fights, similar to Herb Dean.

As most of the earnings are kept undisclosed, McCarthy was paid a low sum of $1,900 for officiating one of UFC’s most hyped matches between Conor McGregor and Jose Aldo. More fire was added to the fuel when fellow referee Kenny Bayless earned $25,000 for Floyd Mayweather vs. Manny Pacquiao, which happened in the same year.

Furthermore, before parting ways with the UFC, the ref was earning roughly $380,000 annually. Knowing who he is, John McCarthy’s net worth is not bumped up enough by only refereeing.

Also Read: Blair Underwood Net Worth And His Earning Sources

The Joe Rogan Of Bellator MMA

After parting ways with the UFC due to hectic scheduling, the 58-year-old became part of the Bellator MMA broadcasting crew. He is respected more in this organization for his contribution to the sport, unlike in the UFC.

We all know that Father Time never stops, he is Unrelenting in his attempt to wear us down. And so we come upon another Birthday for my Partner in crime and podcasting @THEREALPUNK So now that he is 50 give him some love cause getting old is a bitch! Happy Birthday Brother! pic.twitter.com/mh6a56Tjsf

Since Big John is young at broadcasting, details regarding his pay remain in the shadow. Joe Rogan in the UFC is getting paid around $55,000 to $60,000 as he only works on pay-per-view. We hope Bellator’s man behind the mic, Big John reaches such an extent in due course of time.

Bellator MMA has always been UFC’s competitors through which we can assume them contributing heavy amounts to John McCarthy’s net worth.

Big John McCarthy also runs a podcast, “Weighing In,” along with his Bellator buddy Josh Thomson. They started it in 2018, in which they basically do in-depth MMA analysis and review events.

They have fabulous content for MMA lovers and give brief detail regarding their topics. The podcast is available on every major podcast platform. It even has a rating of 4.8 out of 5 in the Apple Podcast.

The pay in the podcast is verified by different features, such as the total number of views and downloads.

$100,000 is the average yearly income from a well-received podcast. Since it is a joint project, the profits are shared, which still adds to John McCarthy’s net worth.

Aside from MMA, Big John McCarthy has also been a part of the showbiz industry. He appeared alongside retired MMA fighter Bas Rutten in the music video for the band New Found Glory.

Some of his other appearances are for the TV series Friends, MTV2’s Bully Beatdown, and a cameo in the movie Never Back Down 2: The Beatdown.

Big John has also written an autobiography titled Let’s Get It On! – The Making of MMA and its Ultimate Referee in 2011. It is priced at $37.29 on Amazon. And one can expect the book sales to contribute to the ref’s fortune as well.

The MMA legend is not a huge fan of luxurious lifestyles. He rather spends time traveling around with his wife and friends. The 58-year-old loves cruising down the highway for road trips in his Harley Davidson.

He and his wife are settled in Orange, California living peacefully. They are also accompanied by their pet dog Jitsu and, surprisingly, a pet possum, Fred. The former ref also got his wife a Jeep recently which must have cost him some bucks.

Moreover, John McCarthy is enjoying a happy life and can give more time to his loved ones. We wish the best to him for the future and the overall well-being of his family.