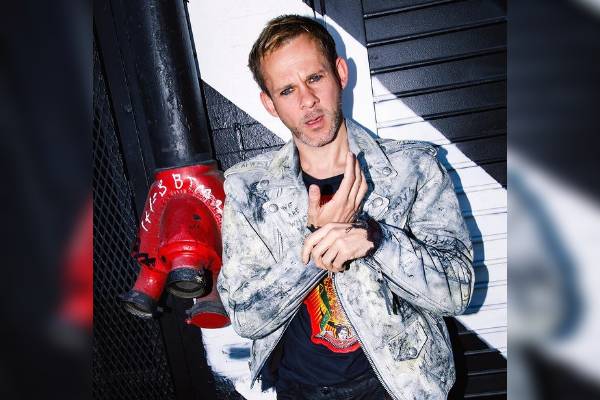 Dominic Monaghan is a household name in the acting industry. The actor is best known for his role as Meriadoc “Merry” Brandybuck in the Oscar-winning film trilogy The Lord of the Rings (LOTR). Dominic has been acting for nearly three decades and has amassed a great deal of fame and respect.

Aside from fame, the actor has also accumulated a sizable fortune to his name over the years. Undeniably, Dominic has excelled at his job and has proven himself to be well-deserving of the wealth he has amassed throughout his decades-long acting career.

Well then, how much is Dominic Monaghan’s net worth, and how much did he earn from playing in LOTR? According to Celebrity Net Worth, the LOTR actor has a net worth of a jaw-dropping $12 million. So, why don’t we look at his earning sources in this article?

Dominic Monaghan Net Worth And Earning

As previously stated, Dominic Monaghan’s net worth is a whopping $12 million. Although Monaghan is well-known for many things, his acting is what most people remember him for. As a result, it is not astonishing that most of his wealth stems from his acting career. Breaking down the actor’s works, it’s easy to see how he’s accumulated so much wealth over the years.

Contrary to popular beliefs, the showbiz world is not always glitz and glamour. While it might be hard to accept, some of our favorite celebrities must endure numerous rejections before landing a good role that allows them to climb the success ladder.

Dominic began his career starring in television shows and films such as Hetty Wainthropp Investigates, Hostile Waters, This is Personal: The Hunt for the Yorkshire Ripper, and Monsignor Renard.

The actor gradually rose to fame when he played Charlie Pace on the ABC drama Lost. Dominic was initially paid around $36,000 for his role, however, his salary was later increased to around $80,000 for each episode.

Following this, he starred in 100 Code, A Midsummer’s Nightmare, and Bite Club. So, it is safe to assume that Dominic Monaghan’s fortune must have improved over time from appearing on television.

Along with a successful television acting career, Dominic ventured out into acting in films, accumulating a massive fortune in the process. Here are some of the movies in which the actor has appeared, along with their box office earnings:

There is no doubt that Monaghan’s earnings from the films mentioned above are enormous. Furthermore, other LOTR stars such as Elijah Wood and Sean Astin made around $250,000 from the film’s first installment. Given that he had similar roles in the films to theirs, Dominic Monaghan’s salary might have also been in the same range.

The actor has had the good fortune to work in several big-budget films and television series over the years. Dominic must have amassed a massive amount by portraying important characters in such series and movies.

Unsatisfied with just acting, Dominic has also ventured into producing. Some of his well-known production works include the television series documentary Wild Things with Dominic Monaghan. Channel 5 and BBC America commissioned the wildlife documentary series, and thousands of people watched it.

Furthermore, the actor also served as the executive producer in Atomica and The Millionaire Tour. The average salary of a film producer in the United States is around $72,115 per year. So, there is no doubt that Dominic Monaghan’s net worth benefited from his work as a producer.

With J. R. R. Tolkien‘s trilogy The Lord of the Rings being adapted into a television series, many fans are now showing interest in the show as well as the film’s cast. The actor seems to have taken advantage of the attention the LOTR cast is receiving now. Dominic Monaghan and one of his Lord of the Rings castmates, Billy Boyd, launched The Friendship Onion podcast.

The podcast premiered on May 18, 2021, with the duo discussing stories and delving into pop culture each week. In addition, the pair put fans’ knowledge of The Lord of the Rings to the test by asking them interesting questions that only a true fan would know the answer to. Dominic and Billy also talk about exclusive filming stories and invite other familiar faces in their podcast.

There’s no doubt that millions of people tuned in to hear the gossip and stories with two of Hollywood’s most recognizable faces. Therefore, it is safe to assume that Dominic Monaghan’s net worth has increased since the podcast’s debut.

With Dominic Monaghan’s riches over millions, many expect him to flaunt his wealth and lifestyle on social media. However, the actor appears to be a private person who does not appreciate flaunting his fortune in public.

Nonetheless, the actor did rent a $1.52 million house in Hawaii during his three-year stint on Lost. He currently resides in New York and is an avid traveler. The actor frequently travels to new places, and he even purchased a mango tree forest in India.

It is evident that Monaghan’s fortune of $12 million is providing him with a comfortable lifestyle. So, let us wish the actor well and hope that his fortune increase with time.