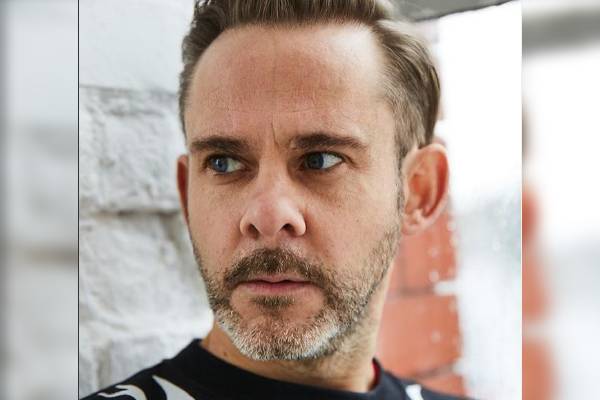 With J. R. R. Tolkien‘s trilogy The Lord of the Rings being adapted into a television series nearly twenty years after Peter Jackson‘s first LOTR film’s release, it is safe to say that fans are ecstatic. Millions are curious to find out if any of the original cast members will return in the new adaptation.

One such face that people would love to see reprising his role is Dominic Monaghan. The Lord of the Rings fans might remember Dominic as Meriadoc “Merry” Brandybuck, one of the Fellowship of the Ring members. Others might recognize the talented actor from films and television shows such as Lost, X-Men Origins: Wolverine, Star Wars: The Rise of Skywalker, and FlashForward.

Time and again, the actor has demonstrated through his work that he is deserving of all the praise and admiration he receives. Moreover, Monaghan’s attractive appearance has drawn a swarm of female admirers. So, naturally, his admirers are eager to find out if the actor is romantically involved with anyone.

However, the Lord of the Rings star appears adamant about keeping his personal life private. Still, based on what we know so far, let us learn more about Dominic Monaghan’s partner in the article.

Also Read: Learn About Amanda Cerny’s Boyfriend Johannes Bartl And Find Out Their Plans For Wedding?

Was In A Relationship With Evangeline Lilly

Anyone well acquainted with the actor knows about his brief relationship with Lost co-star Evangeline Lilly. The former pair first met on set and began dating not soon after. They made numerous public appearances and were not shy about letting the public know that they were together. However, their relationship was shaky from the start, and the couple was in an on-again, off-again relationship for years.

Soon after they got back together, rumors that Dominic had proposed to Lilly surfaced. Furthermore, sources claim that the ex-pair was set to marry in Hawai, where they first met. Unfortunately, they broke up before the two could ever tie the knot.

Neither Monaghan nor Lilly spoke about their decision to split. Instead, they remained friends and worked together on Lost even after breaking up. Likewise, as the lost lovers kept their private affairs private, the public knows little about what happened behind the camera in their relationship.

However, in reply to a tweet mentioning Evangeline, the LOTR actor stated that he does not date cheaters. This led to many people believing that Dominic Monaghan’s ex-girlfriend had cheated on him.

While Evangeline did not directly respond to the tweet, she did tell Ocean Drive magazine that forever promises are unrealistic in her world. The actress then moved on with Norman Kali and is now a proud mother of two.

While Dominic Monaghan’s ex-partner has moved on with a new lover, the actor has not been linked to anyone else since. So, let us hope that the LOTR star too finds his soulmate soon.

Who Is Dominic Monaghan’s Partner Now?

With so much success and prosperity under his belt, the Star Wars actor has attracted a large fan following. As the actor continues to create history with his works, admirers everywhere are dying to know about Dominic Monaghan’s partner.

However, it looks like the actor is not romantically involved with anyone at the moment. Furthermore, there is no evidence of romance in his social accounts. Similarly, the actor prefers to keep his love life private, as he has not disclosed anything to the press that could lead us to his girlfriend.

It is also possible that Dominic is keeping his relationship private as he does not want the media poking their noses in his personal business. If this is the case, we simply have to applaud the actor for successfully keeping his girlfriend hidden from the press.

If not, then we hope that Monaghan finds his true love soon and we will get to meet Dominic Monaghan’s future wife.

Focusing In His Career

While Monaghan might or might not have found love yet, he is well known for his bromances with LOTR co-stars Billy Boyd and Elijah Wood. Furthermore, he and his co-stars have a tattoo of the English word “nine” written in Tengwar’s artificial script, referring to his role in The Lord of the Rings.

Dominic also launched the podcast The Friendship Onion with his mate Billy Boyd on May 18, 2021. The two have a special bond together and frequently appear on each other’s Instagram.

Well, it looks like the actor has very little time to build a romantic relationship. There is no doubt that the actor will gather much more fame and admirers with all of his new projects. While the actor is currently only focusing on the podcast, he has a long way to go.

So, let us wish Dominic Monaghan well and hope he is successful in all of his undertakings.