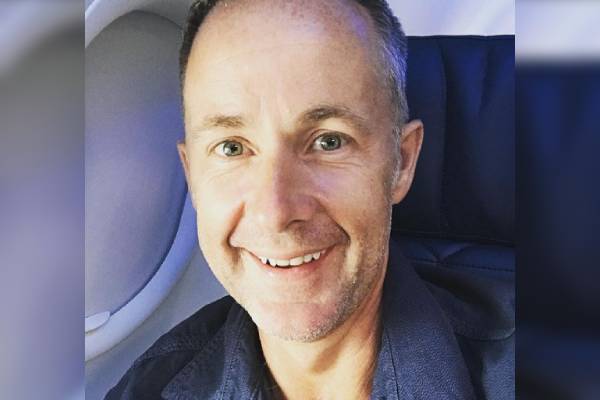 Billy Boyd's net worth of millions is owing to his notable acting and singing career. Image Source: Billy Boyd Instagram.

William Nathan Boyd, known mainly as Billy Boyd, isn’t an unfamiliar name in the acting industry. The actor is primarily famous as Peregrin “Pippin” Took in Peter Jackson‘s Oscar-winning movie trilogy The Lord of the Rings (LOTR). The actor has been consistently acting for almost two decades and shows no sign of slowing down anytime soon. In addition, Billy also fronts a band that goes by the name Beecake.

Billy Boyd has been pretty much phenomenal at his job and gathered a massive fan following. With fame, fortune follows, and with his extraordinary acting skills, the actor has proven himself to be worthy of all the riches he has accumulated throughout his decades-long acting career.

So then, what exactly is Billy Boyd’s net worth, and how much did he earn from his acting career? The actor has made a fortune of $6 million as per Celebrity Net Worth. So, let’s look at how he earns his money in this article.

Billy Boyd Net Worth And Earnings

As previously stated, Billy Boyd’s net worth is currently estimated to be around $6 million. Although the LOTR actor is known for many things, people best recognize him for his acting. Therefore, it is no secret that most of his riches come from his earnings as an actor.

So, why don’t we break down the roles he has played that have earned him a fortune?

Also Read: Facts About MMA Fighter Jamahal Hill Including His Net Worth And Relationship

Boyd has been in the industry for decades and has over 50 acting credits to his name. The actor has unquestionably been consistent throughout his career, and his wealth speaks for itself. When it comes to acting, Boyd has no shortage of talent. Breaking down his significant works over the years gives us a clear idea of how he makes his millions.

Most of us would assume that Billy Boyd’s salary from The Lord of the Rings trilogy, which grossed billions of dollars at the box office, would significantly contribute to his fortune. However, the actor later revealed that the films failed to boost his bank balance despite breaking box office records worldwide.

Nonetheless, while Billy is best known for his role in LOTR, it is far from his only successful project. Some of his other well-known works, as well as their box office earnings, are as follows:

There is no doubt that Boyd’s income from the movies mentioned above is enormous. At the same time, Billy Boyd’s net worth also includes the earnings he makes guest-starring in hit television series such as Grey’s Anatomy, Outlander, Doom Patrol, The Simpsons, and Moby Dick.

Over the years, the actor has had the fortune of working in some big-budget movies and television series. So, Billy must have made a tremendous amount by portraying essential characters in such series and films.

Earnings As A Musician

Aside from being an acting legend, Boyd is also a successful musician who sings for Beecake. Paul Burke, Billy Johnston, and Rick Martin are the other band members.

The band was formed as a purely studio-based project to experiment with songwriting and recording, but the members quickly realized that their work was well received and began performing it live. In addition, the band also performed for charity events. They even accepted a Best Live Act award at the Tartan Clef Awards.

They have an official YouTube channel called beecakeOFFICIAL. The band has thousands of subscribers, and its songs are well-liked by the general public. According to Social Blade, the channel makes around $7 to $119 yearly.

With Boyd’s reputation as an actor, there is little doubt that his band has not received the love and support of his admirers. Furthermore, he uses his popularity well and promotes his band on social media.

Look at this. A new video from Beecake. Let me know what you think.
X https://t.co/4QTaRcGVJq

Moreover, in 2014, Boyd wrote and performed The Last Goodbye. The song was later played over the end credits of The Hobbit: The Battle of the Five Armies.

Even though Billy Boyd’s income has not been disclosed, we can assume that his singing career greatly influences his net worth. So, let us hope that we will hear more great songs from his band in the coming days.

While the actor did not make a fortune from his role in the LOTR trilogy, he did form bonds that he will cherish for the rest of his life. Additionally, Billy Boyd has launched the podcast The Friendship Onion with one of his mates Dominic Monaghan.

The podcast made its debut on May 18, 2021, with the duo discussing stories and delving into the latest in pop culture each week, putting fans’ The Lord of the Rings knowledge to the test. Billy and Dominic also talk about exclusive filming stories and who knows, in the future episodes we might hear more familiar voices.

With two of Hollywood’s most recognizable faces, there’s no doubt that millions have tuned in to hear the gossip and stories. Therefore, it is safe to presume that Billy Boyd’s net worth has risen since the podcast premiered.

As previously stated, Billy Boyd’s million-dollar fortune is mainly attributable to his successful acting and singing career. With such a massive fortune, one can assume that the actor lives a comfortable lifestyle. Still, the actor appears to be a private person who does not appreciate flaunting his riches in public.

That being said, the actor does enjoy surfing and is an avid traveler. Additionally, he also shares pictures of him visiting different places on his Instagram.

Taking a look at the pictures, it is evident that the actor is living his best life. So, with all the riches Billy has accumulated throughout the years, we can assume that he and his family enjoy a comfortable lifestyle.