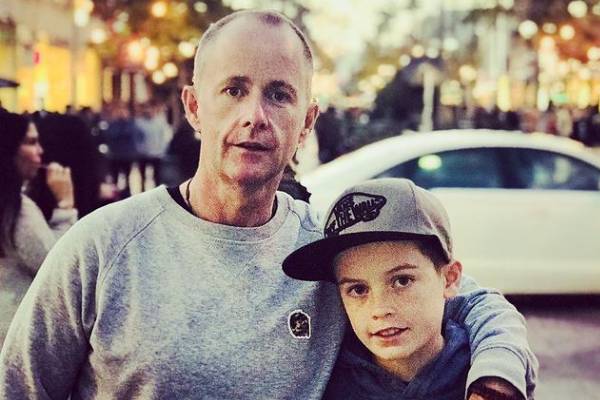 William Nathan Boyd is unquestionably one of the greatest actors of all time, having played one of the Fellowship of the Ring members in the only Oscar-winning trilogy, The Lord of the Rings. Billy Boyd has also played significant roles in Master and Commander: The Far Side of the World, Outlander, Snowfall, and Seed of Chucky. Besides acting, Billy is also a talented musician who fronts the band Beecake.

Talking about Boyd’s personal life, the actor married his longtime girlfriend, Alison McKinnon, on December 29, 2010. Even before their marriage, the pair welcomed a son. However, the Hollywood couple is adamant about keeping their son out of the spotlight. Consequently, many people are unaware that the actor even has a child.

So, let us know about Billy Boyd’s son, Jack William Boyd, a bit better through this article. Let us also see how the celebrity child is spending his teenage years.

As mentioned above, the actor is married to Allison McKinnon aka Ali McKinnon. The pair first met at a British winter musical comedy theater in 2002. The lovestruck couple then tied the knot in an intimate ceremony at Glasgow’s Oran Mor in 2010. Billy’s The Lord of the Rings castmates Elijah Wood and Dominic Monaghan were among the few guests to attend their private wedding.

While Ali and Billy’s marriage was the talk of the town, this was not the first time the couple had been in the headlines. Prior to this, the public went haywire when news broke that the couple had already welcomed a child.

Billy Boyd’s son, Jack Boyd was born a healthy child on April 26, 2006. According to sources, Jack’s father even took to his website to express his pride in his son and then-girlfriend.

However, following his birth, the parents have been very protective of their kid and did not reveal much about him. Still, entirely hiding from the media as a celebrity is impossible, and the paparazzi have snapped numerous pictures of the celebrity kid. Jack has also accompanied his father and mother to red carpets on rare occasions.

Young Jack is also very close to his father, and the press frequently spots them together. Furthermore, Jack Boyd’s father has also shared a handful of his pictures on his Instagram. Looking at the photographs, it is clear that Billy Boyd’s kid is in good health and enjoying quality time with his family.

So, let us all offer our best to Jack Boyd and hope that his future is filled with joy.

Also Read: Find Out What Jonathan Pryce’s Children Are Growing Up

Will Jack William Boyd Pursue A Career In Acting?

There is no doubt that Billy Boyd is a household name in the entertainment industry. So, as his one and only son, many people expect Jack to follow in the actor’s footsteps. As previously mentioned, Jack shares a special bond with his father and looks up to him. It would not be surprising then if the celebrity kid made a name for himself in Hollywood.

Yet, Jack has not shown any interest in acting to date. In addition, as the celebrity kid prefers to stay away from the limelight, his interests remain a mystery. So, while Billy might be one of the greatest actors, it might be a while till we get to see his son sharing his limelight.

Well, Billy Boyd’s son is still young to decide on a career path. There is also a chance that Jack will choose to pursue a career in a different field entirely. Regardless, let us wish the celebrity child the best for his future pursuits.

Celebrity children, whether they like it or not, are subjected to media scrutiny from a young age. While some children thrive on the attention they receive from the media, others are unbothered by it. Billy Boyd’s child is among those who fall into the latter category.

Billy Boyd and his wife mostly raised their kid away from the limelight, except for a few media appearances. So, it is not surprising that Jack has grown up to prefer a private lifestyle. But, owing to this private way of life, little is known about how he is spending his teenage years.

Additionally, the celebrity kid has no social media presence. Except for the few photographs that Billy has shared on his social media, not much has been revealed about Jack.

Taking a look at those photos, it looks like Jack is comfortably living through his mid-teens. So, let us wish Billy’s kid well and hope to hear from him in the coming years.

Having English origins, Jack is a common name that means God is gracious. Likewise, William means resolute protector or strong-willed warrior and comes from Wilhelm, an Old German name.