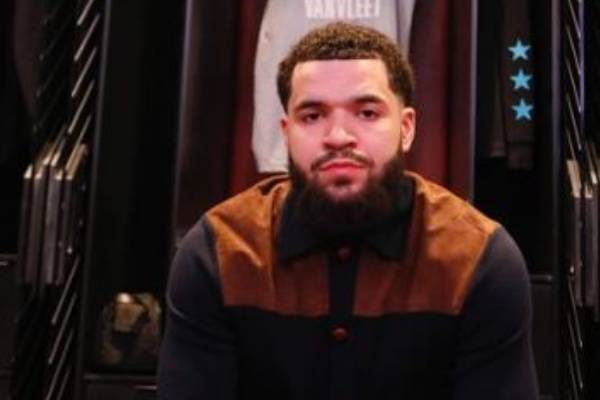 Fred VanVleet is a popular name in the sports world. He currently plays as a point guard for the Toronto Raptors of the National Basketball Association (NBA). Moreover, he played college basketball for Wichita State University. VanVleet has been involved in the sports field for several years now.

In all these years of his playing career, Fred has gained significant fame. Along with his popularity, one can assume he has amassed a substantial fortune to his name. So, in this article, let’s find out about Fred VanVleet’s net worth and earning sources.

Fred VanVleet Net Worth And Earnings

The Toronto Raptors star has been playing basketball since his high school days. He must have made a hefty sum from his prosperous career. As a result of his various income sources, Fred VanVleet’s net worth is estimated to be $20 million.

Now, let’s find out about Fred’s earnings and income sources.

Fred played high school basketball at Auburn High School. There he was in the All-State first team selected by the Chicago Sun-Times, Chicago Tribune, and Associated Press. He had received scholarship offers from several reputed universities like Northern Illinois, Detroit, Kent State, and Wichita State. Well, he committed to Wichita State.

Fred VanVleet’s college career was a success as he helped his team win a number of tournaments. He also received many prestigious titles and awards. His college career ended in 2016.

In 2016, the Toronto Raptors signed the collegiate player to play in the NBA Summer League. He had joined the team with an expectation to be in the Raptors’ training camp, and his summer league contract had a guarantee of three-game appearances.

Fred made his official league debut in November 2016. Since then, he has been playing with the team and has gained a career breakout, making him known globally. In 2020, the NBA player signed a four-year contract worth $85 million with the Raptors. Similarly, he also pockets a significant amount as a salary.

Vanvleet’s salary earned in different years with the Raptors is included in the table below:

As per the 2020 contract with the Raptors, Fred will earn $21,250,000 as an average salary. Hence, we can see that the basketball star has earned significantly. As a result, Fred VanVleet’s net worth is a massive amount.

Besides his salary from the Raptors, Fred makes significant earnings from his online store, selling several of his products. He has two shops Bet On The Grind and Fred VanVleet Shop, through which he sells merchandise to his fans. Here are some of his products along with their price.

Similarly, the athlete also makes significant earnings from endorsement deals. As per Essentially Sports, he signed a major endorsement deal with the sneaker brand “AND1” in November 2019. This deal must have helped increase Fred’s riches as he is the face of the brand.

Combining all of his earning sources, Fred VanVleet’s net worth of $20 million seems well-deserved. As he is still involved in his profession, the Toronto Raptors player will undoubtedly add to his massive wealth.

As mentioned earlier, Fred VanVleet’s fortune is estimated to be $20 million. With riches like that, there’s no doubt he is able to afford a comfortable lifestyle.

Fred is enjoying his life with his fiancee Shontai Neal and two children, Sanaa Marie VanVleet and Fred VanVleet Jr.

Going through his Instagram, we can see that Fred and his family go on vacation to several places. Likewise, he often shares pictures of them traveling in a private jet. In addition, he must have invested his hard-earned money in real estate and vehicles too.

Nonetheless, let’s wish him all the best for his future, and hopefully, he earns more and can continue to live a luxurious life.