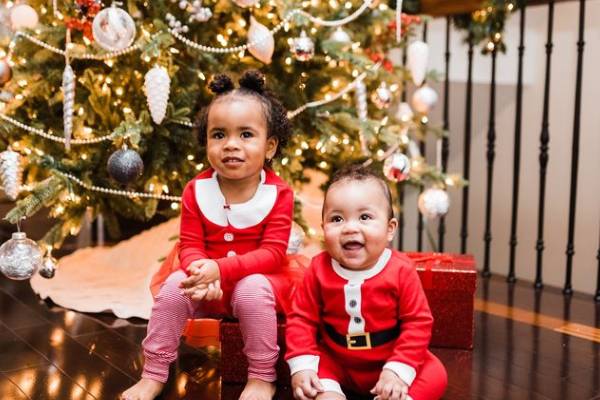 If you are the one who keeps an eye on NBA games, then you might be familiar with the name Fred VanVleet. If not, then he plays as the point guard for the Toronto Raptors of the National Basketball Association. He completed his collegiate career at Wichita State University.

The successful basketball player is a family guy and is a proud father of two children. The VanVleet kids have come into the limelight because of their dad’s fame, and fans are curious to know about them. So, without further ado, let’s know about Fred VanVleet’s children, Sanaa Marie VanVleet and Fred VanVleet Jr., and see how they are growing up.

Fred VanVleet’s Daughter Is His First-Born

The basketball player is engaged to Shontai Neal, with whom he has been in a relationship since 2010. However, the duo has not shared the exact detail about how they met. They are yet to get married but have already welcomed two children, a son, and a daughter together.

Fred VanVleet’s daughter, Sanaa Marie VanVleet is his firstborn, whom he and his girlfriend welcomed on January 29, 2018. He revealed the news via Twitter and even shared the tweet on his Instagram.

What an amazing 48-72 hrs..Thank you for all your love and support! I’m normally a private person but having a daughter seems too big of a blessing to hide! We welcomed a happy, healthy babygirl Monday morning. Sanaa Marie VanVleet❤️🙏🏽

Sanaa Marie VanVleet’s dad revealed her face to the public one month after her birth. Fans and friends flooded the comment section to congratulate the new dad and even praised the little one’s beauty. Since then, he has regularly uploaded adorable pictures of hers.

With her birth, Sanaa Marie VanVleet’s parents must have been overjoyed.

As mentioned earlier, the basketball star is the doting father of two kids. After the birth of their daughter, Fred and his baby mama welcomed their son. In December 2018, Fred revealed about their second pregnancy by uploading pictures of their daughter, who was donned in a t-shirt that said, “Best Sister Ever.”

Unlike the first time, Fred kept the birth of his son private. Nonetheless, Fred VanVleet Jr.’s parents and elder sister must have been thrilled with his birth. The youngest of Fred VanVleet’s children must be pampered well by his parents and sibling. Moreover, the kids must be close with their grandparents.

Fred VanVleet’s babies are growing up in a basketball household. As mentioned earlier, Fred VanVleet Jr. was born a day before his dad secured a victory in the game.

Furthermore, Fred and Sanaa’s dad often post pictures of them attending his games. The fans are fond of the VanVleet siblings, and whenever he shares pictures or videos of them enjoying the game, they flood Fred’s comment section to react to the little ones’ adorable antics.

Well, coming from a sports family, one is expected to follow in their parents’ footsteps. So, who knows Fred VanVleet’s children might follow in his footsteps. Well, the kids still have a lot of time to figure out.

Fred VanVleet’s daughter, Sanaa is an Arabic name that means Brightness, Radiance. Similarly, the name Marie has a French origin, and it means Of The Sea Or Bitter.

The name Fred has an English origin, and it means Peaceful Ruler.