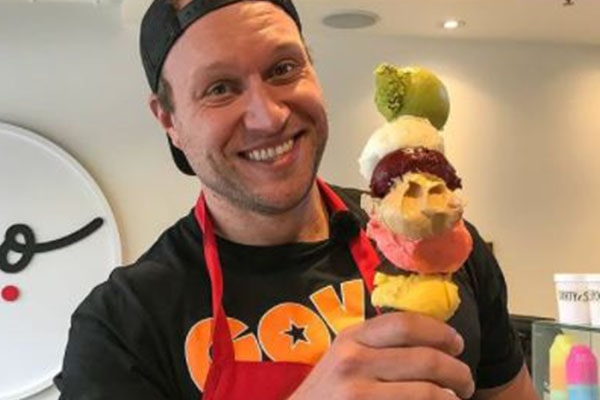 Peter Czerwinski, famous by his stage name Furious Pete is a YouTube personality and competitive eater from Canada. Born and brought up in Ontario, Peter has been successful in holding fourteen Guinness World Records in eating.

Furious Pete Net Worth And Career

As stated earlier, Furious Pete’s net worth includes his earnings from YouTube and other business ventures. He is a popular YouTuber and uploads his videos on the channel named Furious Pete that has over 5.17 million subscribers. Through his YouTube channel, he has gained immense fame. Peter also has a huge fan following on other social media platforms.

Pete started his career when he beat an eating record. The victory made him realize his talent in eating. He decided to participate in more eating-related challenges and share them with the world. He uploaded his first ever video on his channel on June 23, 2007. The video has since gained 167,848 views. Since then, he has uploaded several videos, and many of them get millions and millions of views. His popular uploads include the videos like Biggest, Best, and Most Famous Eats in America (NYC, Vegas & LA), Before & After Fitness Transformation Trick Exposed in Just 5 Hours, and Top 10 Burger Challenges with 56 million, 25 million, and 24 million views respectively.

Peter loves eating and he has participated in various eating competitions and has even won some of them. He gets paid to participate in such competitions which have also helped him earn significant wealth. So, there’s no doubt that Peter’s wealth has increased over the year from his YouTube channel.

Has a Merchandise store

Besides his income from the YouTube channel, Peter has also earned significantly from the merchandise store, where he sells goods at a reasonable price. Here are some of the items in the store, along with their respective prices.

Pete also sells various supplements in his store. The famous YouTuber with 462K followers on Instagram uses his platform to advertise various products that his store has launched. The supplements, named as GokuGrains, have various flavors and nutritious elements.

Pete’s income has risen significantly over the years due to his store and YouTube channel’s earnings.

As stated earlier, Peter started his career from an eating competition, and there he gained a victory. This inspired him to participate in various other eating-related challenges. He holds fourteen Guinness World records in competitive eating. Here’s the table showing some of his victories that helped him hold Guinness World records.

Apart from these, he has also participated in an initial season of Canada’s Got Talent, where he ate 5 hard-boiled eggs, 3 pieces of Canadian bacon, 2 bananas, and a bag of milk in 51 seconds. But he could not make it past the Toronto Auditions.

There’s no doubt that Furious Pete earns an enormous fortune as a YouTuber. As we have mentioned earlier, Furious Pete’s net worth must be of a generous amount. Thanks to his wealth, Pete is living comfortably in his residence in Canada with his family. Well, the talented Pete is also in a relationship with Melissa Cvjeticanin. They started dating somewhere around 2009. The pair had plans to get married in 2017 but postponed their wedding.

Going through his Instagram, we can see that Peter goes on vacation in different places. In 2017, he uploaded a vlog of him shopping for a new car. In that video, Peter asked his fans to help him choose between different cars like Ford and Sedan. He also mentioned that he likes BMW N5. Furthermore, he loves eating and we can see that he has posted pictures of various food items on his Instagram. There’s no doubt that he spends quite a lot of money on food items.  All of the assets that Pete has accumulated over the years show the lavish lifestyle that the famous YouTuber enjoys.

Caeleb Dressel Net Worth – Sources Say He Is A Multi-Millionaire