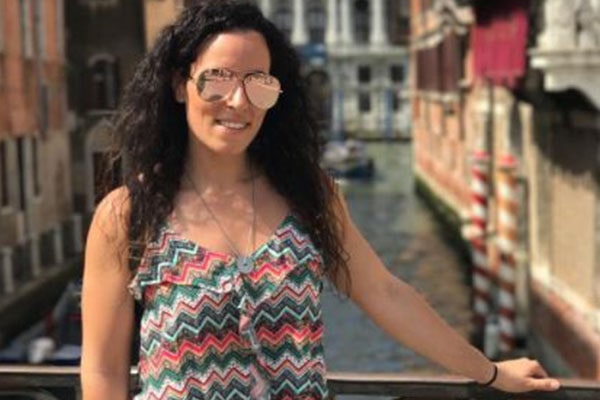 Furious Pete, born Piotr Czerwinski, is a popular social media personality and YouTuber from Canada. Born in Toronto, Peter Czerwinski, aka Furious Pete, is famous for his crazy food challenge videos, which he uploads on the YouTube channel named Furious Pete with 5.16 million subscribers. Moreover, he has participated in more than 90 eating competitions, out of which 14 of them helped him hold Guinness World Records.

Furious Pete is one of the successful and popular YouTubers in Canada. Having beaten cancer four times, he has set an example of himself as a strong person with a strong will. He currently resides in Canada with his lovely beau, Melissa Cvjeticanin.

Engaged But Have Not Married Yet

Furious Pete has amassed an enormous fortune and fame through his YouTube channel. Due to this, he lives a comfortable and happy lifestyle with his girlfriend, Melissa. They have been in a relationship for a very long time now. The lovely pair of Peter and Melissa began dating somewhere around 2009. The couple is deeply in love with each other, and they upload lovely pictures of each other with sweet captions on their social media.

Melissa and Pete have been through many ups and downs in their relationship. Melissa was with him together during his cancer battle. In October 2014, Furious proposed to his long-time girlfriend. He announced the proposal through an Instagram post.

The duo had planned to exchange the vows and get married on May 6, 2017, but they postponed their marriage due to Peter’s health condition. They have not revealed yet when they are tying the knot. But we can hope to hear some good news in the coming days.

Furious Pete and Melissa Cvjeticanin’s relationship is going strong. Both of them are supportive of each other’s profession. Furious Pete’s girlfriend has a different profession than him. Although she is also a social media personality, she works in a construction company named Ambraska Construction Co Ltd. She has worked to build and renovate different properties. Furthermore, she posts about her work on Instagram.

Melissa seems to love her job and enjoys every bit of it. Furious Pete also accompanies his girlfriend to her work.

Loves To Workout And Prefers Adventure

Despite all the crazy food challenges performed by Pete, he has an incredible physique due to the intense workout done by him. He uploads several workout videos on his Instagram. Just like him, Furious Pete’s fiancee also loves to work out. Most of the time, Pete and Melissa work out together and seem to be maintaining healthy diets.

Pete’s fiancee Melissa has maintained a great physique. Furious Pete and his fiancee also take supplements consisting of various flavors and nutritional elements. The supplement named GokuGrains is sold by Pete himself in his merch store.

Melissa Cvjeticanin became famous through her relationship with the YouTuber. She frequently joins in different challenge videos of her boyfriend. Going through her Instagram, we can see that she loves to travel. Melissa has uploaded several pictures of her traveling to several places. She also loves to try several foods along with her fiance.

Runs Merch Store With Her Boyfriend

Furious Pete has amassed an enormous fortune through his YouTube channel and various eating-related competitions that he has participated in. Not only that, but he also makes significant income through his merch store. Furious Pete’s fiancee also runs the store with him. She promotes the necklaces, apparel, and supplements available in the store through her social media platform. Furthermore, she also promotes various training programs run by her boyfriend.

Furious Pete’s wife-to-be Melissa Cvjeticanin seems to be a fun-loving and cheerful lady. Their relationship is still going strong, and they are open about their love for each other. The lovely duo seems to be doing great for themselves. We can hope to hear some good news regarding their relationship in the coming days.