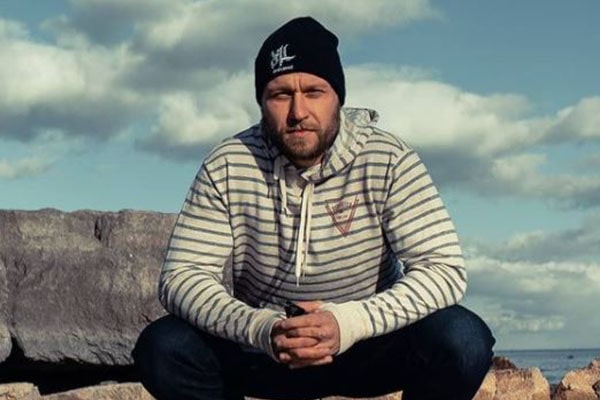 Peter Czerwinski/Piotr Czerwinski, aka Furious Pete, is a competitive eater and YouTube personality of Canadian nationality. He is famous for holding fourteen Guinness World Records in eating. Pete is also known for his YouTube channel, where he uploads various videos of eating-related challenges that he has been a part of. Pete has participated in more than 90 eating competitions, out of which 14 of them helped him hold Guinness World Record.

Furious Pete is one of the well-known personalities in the YouTube world. He currently lives a happy and comfortable life with his fiancee, Melissa Cvjeticanin. Along with the immense fame and wealth that he has accumulated, he has also set an example of himself as a strong person with a strong will. Well, Pete was diagnosed with cancer four times in his life.

He Was First Diagnosed With Cancer In 2013

Furious Pete is a well-known social media personality and is known for his competitive eating challenges. The other fact that made him quite known is cancer. Well, Furious Pete is a lucky guy with a strong will who has beaten cancer not only once but four times. In 2013, he was diagnosed with testicular cancer. The news about cancer changed his life completely.

In 2014, Pete went through surgery and got his left testicles removed. He talked about his experience regarding cancer and his surgery through a YouTube video. For the second time in his life, he was diagnosed with cancer in 2015. He did radiation treatment for his second one. Moreover, he documented his treatment journey with radiation and side effects and uploaded it on his YouTube channel. Then in November 2015, through a video on his YouTube channel, he let his fans know that he was cancer-free and in remission.

In 2016, a CT scan of Pete’s body showed enlarged lymph nodes in different parts of his body. He then started chemotherapy on February 6, 2017, to treat his cancer for the third time. He shared his journey of chemotherapy and treatment with his followers.

Pete went through extensive chemotherapy treatment for cancer. A test done during one of the follow-ups discovered a cancerous mass on his right testicles. Furious Pete’s cancer returned for the fourth time. The doctor suggested him to go through surgery to remove his other testicle so that he can be cancer-free. On January 17, 2019, he went through surgery to get his right testicle removed. Furthermore, he uploaded an Instagram post thanking everyone for their well-wishes during his difficult times.

Throughout his cancer journey, Pete uploaded several videos on his YouTube channel to create awareness among people. Since his fourth cancer scare, the YouTuber and competitive eater seems to be doing great for himself. Pete also uploaded the video explaining his life after being cancer-free.

Life After Being Cancer-Free

Pete has gone through various ups and downs in his life. He battled testicular cancer for four years. He went through radiation, extensive chemotherapy, and surgery to remove both of his testicles. And after such taxing experiences, Pete is cancer-free and is in remission as of now. He uploaded videos about his life after his cancer. Following his surgery, Pete needs to take steroids and other necessary medications to be in the best place medically.

Nevertheless, Pete seems to be doing really great for himself. During the years of his cancer battle, he created awareness about testicular cancer through his merch store and necklaces. Furthermore, Pete has actively shared information on his social media handles regarding this type of cancer to create awareness among people. And in addition to these, Furious Pete has continued to entertain his fans by uploading several videos of crazy food challenges.

Despite the difficulties of battling cancer, Pete did not lose hope and kept entertaining people. Nevertheless, he is dedicated to creating awareness regarding the disease that he had been diagnosed with and spent years fighting. He currently lives a happy and comfortable life with his girlfriend in Canada. Moreover, he is maintaining a healthy lifestyle.