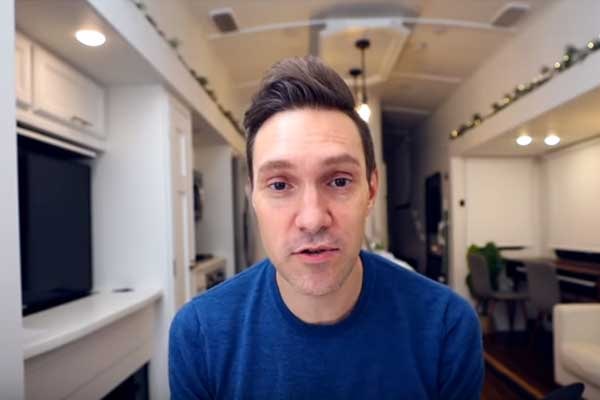 Andy Bailey is a very talented stop-motion animator and the host of Andymation. Image Source: Andymation.

Andy Bailey, aka Andymation, is an American stop motion animator who joined the YouTube community on February 20, 2006. In his YouTube channel, he uploads flipbook animation, short movies, stop-motion animation, and song mashups.

Andy fell in love with animation as a kid and has been doing it ever since. He has worked on many Oscar-nominated movies such as ParaNorman, The Boxtrolls, and Kubo and the Two Strings. Speaking of his YouTube channel, Andy has more than 3 million subscribers and over 390 million people have already watched his videos.

How It All Began

As a kid, Andy fell in love with the magic of animation so, he started animating from an early age. He was specifically interested in flipbook animation and stop-motion. In fact, as a kid, he had made tons of flipbooks and experimented with stop-motion. When he grew up, he studied filmmaking and began working professionally as a stop-motion animator. With such remarkable skills, he got the opportunity to work with LAIKA.

In addition to that, Andy Bailey’s wife Laurie Bailey was the one with the idea of creating a kit for creating flipbook animation. Andy loved the idea and started off by creating some samples of it. His sample spread like fire, and soon, he created more of them. Now he is selling his kit on his personal website.

Andy says that flipbook animation is so simple that anyone can do it. You make a few drawings flip the paper, and your picture comes to life right there in front of your eyes, it’s magic says, Andy. Before finding the perfect paper, he tried a lot of light pad for tracing. Finally, after a lot of trial and error, he finally found the ideal tracing paper. After his kit was finally ready, Andy and his lovely wife ran a successful campaign on Kickstarter.

Kickstarter is a website that helps people who are artists, musicians, filmmakers, designers, and other creators to find the resources and support they need to make their ideas a reality. Andy first started providing the people with the tool and knowledge of making flipbook animations with the help of Kickstarter. Basically, he provides a kit named  Andymation’s Flipbook Kit that contains all the information needed to create their own flipbook animation. He has generated over $75K from selling his kit to over a thousand people.

My new Flipbook Animation Kit is live on @Kickstarter! Big thanks everyone who has backed it already. 18 hours left for early bird pricing! https://t.co/NrXqlcGlYZ pic.twitter.com/Y1HT5XQ0pW

Apart from that, Andy also has another website named Andymation that also provides the Andymation’s Flipbook Kit to the buyers. The cost of his kit is about $62.45, including taxes.

As we have already pointed out that Andy is quite a successful YouTuber. According to his SocialBlade, he earns an average of $5.9K to $94.5K a month and $70.9K to $1.1M a year. Even though his fortune has not been revealed yet, we can assume Andymation’s net worth to be of thousands of dollars. Well, he is living a comfortable life with his wealth.

Furthermore, Andy is not only a Youtuber but also a director and editor. He also works at the Laikaas, an animator. He has worked on many Oscar-nominated movies like Kubo and the Two Strings, ParaNorman, and many more. Andy must have earned a fair amount of money working on those movies.