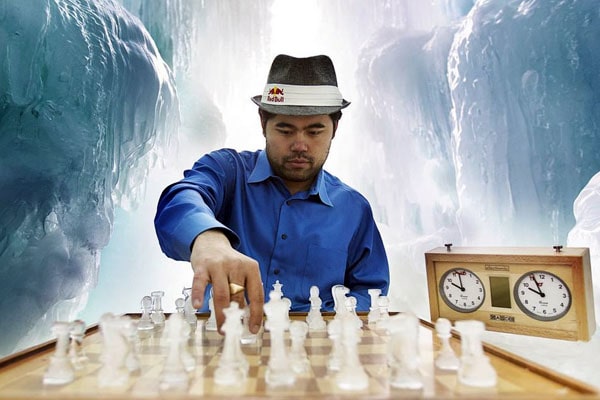 Hikaru Nakamura, nicknamed The H Bomb, is the five-time United States chess champion who came first in the 2011 edition of Tata Steel Chess Tournament Group A. To date, Nakamura has represented the States at five Chess Olympiads, winning two team bronze medals and a team gold medal. Moreover, he is also the second in the world after the Norwegian Grandmaster Magnus Carlsen with a FIDE rating of 2816. A year ago, Nakamura was eliminated at the Airthings Masters after he lost to Levon Aronian.

With the increasing popularity of Hikaru Nakamura and his way of playing, a number of people are showing interest to know about his net worth. Various online sources claim that Hikaru Nakamura’s net worth as of 2021 is $50 million. So, how did he managed to add such a hefty amount to his net value? Find it out here.

Hikaru Nakamura Net Worth And Earnings

As known to almost every chess player and those who are passionate about the game, Hikaru Nakamura started playing chess at the young age of seven. His Sri Lankan step-father, Sunil Weeramantry, who is also a FIDE Master and chess author, coached him from the beginning.

At age 10, Nakamura succeeded in achieving the title of the youngest American to beat an International Master. He had defeated the International chess master, Jay Bonin, at the Marshall Chess Club. Since then, Nakamura has participated in numerous national and international chess tournaments and won many of them, bagging several dollars into his bank account.

So, here get to know how much Hikaru Nakamura earned from his career as one of the top chess players worldwide and other different sources.

Earnings As A Chess Player

Hikaru Nakamura began earning some amount by taking part in chess tournaments from a very young age. At the age of 10, he beat Jay Bonin and achieved the title of chess master from the U.S. Chess Federation. Later, in 1999, Hikaru won the Laura Aspis Prize, the award given annually to the #1 ranked American chess player under the age of 13. At the time, along with the trophy, he received a cash prize of $1,500.

Furthermore, the American nationality holder, Hikaru Nakamura, is the winner of the United States chess championship five times, in 2005, 2009, 2012, 2015, and 2019. Along with the prestigious title of the best player in the U.S., he got $25,000 as prize money for winning the U.S. championship. Similarly, Nakamura received $35K with an additional $5K outright winner’s bonus after beating Josh Friedel.

Furthermore, for his win in 2015 and 2019, Hikaru Nakamura earned cash prizes of $45K and $50K, respectively. Besides, Nakamura regularly competes in many other chess tournaments and earns some dollars as his share from their prize funds. Some of the other chess games won by him and the prize fund of those games are as follows.

In this way, most of Hikaru Nakamura’s earnings are from his career as a chess player. Aside from it, he earns from other various sources as well.


Furthermore, Hikaru Nakamura is also an active Twitch live streamer. His Twitch channel currently has 1.2M followers. Nakamura plays speed chess games against various grandmasters, other streamers, and viewers who pay to subscribe to his channel.

Besides earning from several chess tournaments and from coaching chess online and in person, Nakamura earns from other sources as well. He is an author of a book named ‘Bullet Chess: One Minute To Mate.’ Currently, the price of his book on Amazon is $8.69 for its Kindle edition and $19.95 for Paperback.

Moreover, he saves a lot of money by being sponsored by different companies. In the past, Hikaru Nakamura was the only chess player endorsed by the Red Bull Company. Lately, Chess.com, a chess website, was his sponsor. Recently, he signed with the esports organization TSM (Team SoloMid) for a six-figure sum.

Furthermore, Nakamura made a cameo appearance as himself in season 5, episode 2 of the Showtime T.V. series Billions in 2020. The episode’s title is ‘The Chris Rock Test,’ where Nakamura gave the simul for a minute. It was a part of the fundraiser taking place during the episode.

In this way, Hikaru Nakamura’s net worth is rising with his increasing fame as a chess player and Twitch streamer of chess games. Plus, his involvement in other fields also has helped him to draw money to his total assets.

However, still, it does not seem like all of Hikaru Nakamura’s earnings, as mentioned above, totals up to $50 million. Nakamura himself told in one of his YouTube videos in 2020 that he has far less money than $45 million. He added that he would be streaming for free if he had such a big sum of money. So, Hikaru Nakamura’s net worth might be far less than $50 million. But, we hope he will amass a similar amount in a few years from now.

Hikaru Nakamura might not have billions of dollars in his pocket, but he has a philanthropic heart, which is beyond price. In October 2020, he organized a 77 board charity simultaneous exhibition online and raised around $9,500 for Doctors Without Borders.

Also, before the 2020 U.S. presidential election, Nakamura challenged former President Barack Obama to a chess game to raise funds for then-nominee Joe Biden’s victory and Act Blue. Recently, he and his team conducted a charity stream after losing in the quarterfinals to Levon Aronian in the Champions Chess Tour 2021. They raised over $352K for a major international humanitarian agency named CARE’s fight against hunger.

Though Hikaru Nakamura might not have a net worth of $50 million, he, without any doubt, is rich by heart.