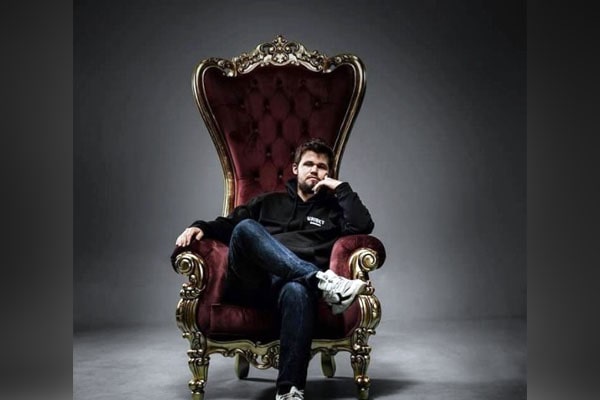 Born Sven Magnus Øen Carlsen, Magnus Carlsen is well known for his performance as a professional chess player, demonstrating great talent from an early age. Since becoming World Chess Champion in 2013, the Norwegian Grandmaster, Carlsen, has stayed at the very top in blitz, classic, and rapid chess. He also ranked himself as the highest-rated player in history in 2014. Carlsen, who won the Norwegian Chess Championship at the age of 15, also holds the record for the longest unbeaten run in classical chess.

The successful career of Magnus Carlsen as a chess grandmaster has not just earned him fame but also a hefty sum of money. Currently, he is regarded as one of the wealthiest chess players worldwide.

So, here let’s take a peek at Magnus Carlsen’s net worth along with his prize amounts and other sources that helped him to become a millionaire.

Magnus Carlsen Net Worth And Earnings

One of the richest chess players globally, Magnus Carlsen, started playing chess at the age of five and was already a grandmaster at the age of 13. As mentioned above, his net value is higher than any other chess master, not just due to the prize money he gets winning various championships but also due to his several sponsorship deals.

The Celebrity Net Worth notes that Magnus Carlsen’s net worth is estimated to be $8 million. Coming to the present, it might have increased since he is winning one after another chess championships and getting more sponsorship deals. So, how much cash prize he got in the past, and what are his other earning sources? Find it out here.

Earnings From His Career As A Chess Player

Besides, some of the other chess competitions competed and won by the former Fantasy Premier League Player, Magnus Carlsen, along with the prize money, are as below.

Moreover, Magnus Carlsen earns from various sponsorships as well. In 2020, he signed a two-year sponsorship deal with the Malta-based gambling company, Unibet, to act as a ‘global ambassador.’ The company serves as a personal sponsor of Carlsen, on top of their existing deal with Carlsen’s Offerspill Chess Club which reportedly worth $433,500. Half of that amount is meant to support the development of young Norwegian chess players. Before Unibet, Carlsen’s main sponsors were Arctic Securities and Simonsen Vogt Wiig.

Magnus Carlsen founded the Offerspill Chess Club in 2019 after the Norwegian Chess Federation turned down the offer of Kindred Group, the parent company of Unibet. Currently, Carlsen is the chairman of Offerspill, which is now the largest chess club in Norway.

Besides earning from his Norway-based chess club and chess tournaments, Carlsen makes some money from YouTube also. His official YouTube channel currently has a total of 551K subscribers and over 44 million views. According to Social Blade, his YouTube channel has estimated monthly earnings ranging between $559 to $8.9K and yearly estimated earnings ranging between $6.7K to $107.4K.

Furthermore, some portion of Magnus Carlsen’s earning’s credit goes to a couple of apps that allow the user to play chess engines. Carlsen founded a company named Play Magnus AS in October 2013 with his friends Espen Agdestein and Anders Brandt. The Oslo, Norway-based company’s first product was an app called Play Magnus, currently available for both iOS and Android mobiles. He created the app to encourage people to play chess.

Similarly, Carlsen company’s other apps are Magnus Trainer and the Magnus Kingdom of Chess. Lately, the company has merged with the internet chess server in different languages, Chess24.com, and acquired Chessable. Chessable is an interactional chess learning platform and marketplace which they created in 2019.

On 8 October 2020, Magnus Carlsen’s company was listed on the Oslo Stock Exchange. The listing heaved up $30.2 million for the company, giving the company a valuation of $85.8 million.

Well looking at the top mention projects, one can easily see how Magnus Carlsen’s net worth has risen over the years.

Income From Occasional Acting And Modeling

The top chess grandmaster, Magnus Carlsen, models for several advertisement campaigns and also has some acting credits to his name. In 2010, he modeled for G-Star Raw’s Fall/Winter advertising campaign with actress Liv Tyler. Similarly, in 2014, Carlsen appeared in G-Star Raw’s Spring/Summer campaign with model and actress Lily Cole.

Moreover, Magnus Carlsen became an ambassador for the fabless semiconductor company Nordic Semiconductor, in August 2013, in a 3-years sponsorship deal.

Magnus Carlsen’s net worth has given him all the luxuries and securities that he deserves for his dedication to his career as a chess grandmaster. He drives around in luxury cars and lives in a grand mansion in Oslo with his mother, Sigrun Øen, and father, Henrik Albert Carlsen.