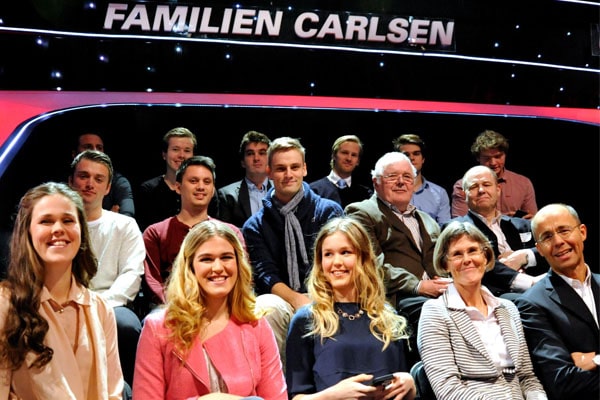 Magnus Carlsen is not an unfamiliar face to the ones who are keen fans of chess and those who play chess. He is the current World Chess Champion as well as World Blitz and Rapid Chess Champion. A chess mastermind, Carlsen became a grandmaster at the tender age of 13. Magnus was the youngest chess player in history to be ranked world no.1 at age 19 in 2010.

While his intelligence and commitment to chess helped him to gain fame and success, a lot of his progress credits go to his parents as well. So, who are the top chess grandmaster, Magnus Carlsen’s parents, and how did they raise this chess champion? Find it out here.

Both of Magnus Carlsen’s parents, Sigrun Øen and Henrik Albert Carlsen were engineers by profession. Carlsen’s mother, Sigrun, was a chemical engineer, while his dad, Henrik, was a computer engineer.

In the beginning, Magnus Carlsen’s father, Henrik, served in the oil industry for many years to support his family. Then later, he worked as a consultant for SAP (Systems, Applications, and Products) for some years. But ever since his son, Magnus began to achieve success as a top chess player, he is working for him.

Talking about Magnus Carlsen’s mother, Sigrun Øen, she maintains a private life and is not available on social media handles. Moreover, like her husband, Sigrun does not appear much in public events. As a result, it is a mystery if she still serves as a chemical engineer or has already retired from her work.

Besides Magnus Carlsen, Sigrun Øen and Henry Carlsen are parents to three daughters, Ellen Øen Carlsen, Ingrid Øen Carlsen, and Signe Øen Carlsen. All three of their girls are also good chess players, although they are not as active as Magnus in the present. In fact, the first thing that inspired their now-famous son, Magnus, to play chess was his desire to beat their eldest daughter, Ellen Carlsen.

The Carlsen couple’s eldest child, Ellen, is currently a medical practitioner and works at the Norwegian Institute of Public Health. Similarly, Ingrid, their second daughter, is a choreographer, while their youngest, Signe, seems to follow her dad’s footsteps in the IT field. She is a student of Computer Technolgy at the Norwegian University of Science and Technology.

Though both of Magnus Carlsen’s parents are not available on social media pages, they occasionally appear on their kids’ social media pages. All four of their children are active on Instagram, Facebook, and Twitter.

Carlsen’s Parents Introduced Him To Chess When He Was Five

As mentioned above, like many other parents worldwide, Magnus Carlsen’s parents also encouraged him to take up chess from his early childhood days. According to Carlsen’s father, Henrik, a passionate chess player himself, introduced chess to Magnus and his sister, Ellen, when he was five years old. Both of his kids learned the tricks and techniques of chess quickly. However, though they could catch a piece, it took them a long time to get two or more pieces working together.

At the time, Magnus’ father adapted himself to the fact that chess would simply be a nice family pastime. He felt that although his kids definitely are not chess masters, it doesn’t matter. Henrik loved his children, and he thought chess was something he and his whole family could do together. However, after some period, Magnus showed signs that he had the determination to perform impressive mental feats. Though Magnus was not a fast learner than his siblings, he kept on trying to do it.

After Magnus Carlsen turned eight, he would sit to watch his father, Henrik, and elder sister, Ellen, and a little later, and later he joined in. The doting dad of four, Henrik’s dilemma, was that his kids would not learn anything if he follows poor strategy. Moreover, he did not want his little ones to become discouraged. So, he started to play with limited resources, i.e., just his pawn and king, slowly adding pieces as they grasped the game. In this way, Magnus Carlsen’s father encouraged him and his sisters to play chess.

Magnus Carlsen’s parents always supported their kids on whichever career path they choose. They always taught them to handle every situation with a calm mind and helped them to choose the right directions. As a result, each of their little ones are excelling in their own chosen fields.

Bond Between Magnus And His Father

There is a special bond Magnus Carlsen and his father, Henrik Carlsen, built up through their mutual love for chess. According to various online sources, Magnus’ dad took a year’s leave from his job when Magnus was 12 to travel around Europe together with his kids. He has proven many times that his kids are always his main priority over any other thing in the world.

Furthermore, Magnus Carlsen’s father, Henrik Carlsen, reportedly gave up his work to accompany Magnus to tournaments. Initially, he managed to combine his work and accompany his son well. Henrik did a part-time job as a consultant for some time. But later, he decided to prioritize his son’s chess career and began managing his chess affairs. As a result, Magnus also did not let his dad’s belief in his capacity go down. He is winning almost every chess tournament for nearly a decade now.

Magnus Carlsen’s parents never let their kids be home alone and feel their absence during most of their upbringing. On top of that, they never were too pushy with them. The main thing that Carlsen’s parents always do is to not put any obstacles in his and his sibling’s way. Henrik and Sigrun Øen Carlsen are really exemplary figures for every parent worldwide.