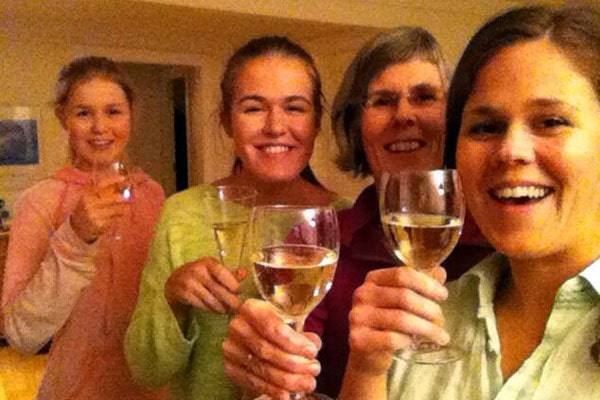 Magnus Carlsen is a famous name among almost every chess player and those who are passionate about chess. Born Sven Magnus Øen Carlsen, Magnus is a top-ranked chess player worldwide, a grandmaster, and current World Chess Champion. He is regularly clinching the title of World Chess Champion having won it for the first time in 2013. Besides taking part in several chess tournaments, the thirty years old Carlsen trains and encourages the young chess players in person and through various apps.

As mentioned earlier, the top chess player, Magnus Carlsen, is the only son of his family. But, he has three sisters, among whom Ellen Øen Carlsen is the eldest. The oldest Carlsen sibling, Ellen, was born a year earlier than her brother, Magnus, in 1989.

As mentioned by Magnus Carlsen in an interview with The Telegraph in 2010, the first thing that motivated him to take up chess as a child was the desire to beat his elder sister. Moreover, Ellen’s Twitter bio suggests that she is a plant-based (vegetarian) chess enthusiast. So, yes, Magnus Carlsen’s sister, Ellen Carlsen, is good at playing chess though she has not won World Chess Championship to date.

According to Ellen Carlsen’s database in chessgames.com, she played a total of 29 games from 2008 to 2011. Her highest rating achieved is 1947, with the last FIDE rating 1939. You can view the entire game played by Ellen here. Though Ellen has not competed in chess tournaments lately, she serves as a part-time Chess commentator for TV 2.

Unlike her brother, Ellen Carlsen chose a different career path. Currently, she is a PhD-candidate at the Norwegian Institute of Public Health’s Centre for Fertility and Health. She joined the government institution under the Norwegian Ministry of Health, NIPH, on 4 March 2019. Before this, Ellen was a Doctor in Specialization at Oslo University Hospital from September 2018 to March 2019.

Furthermore, Ellen Carlsen provided her service as a doctor at Bærum municipality, Valer Municipality, and Innlandet Hospital. Also, the University of Oslo graduate with a Doctor of Medicine, Ellen was a Deputy Chairman at The Youth Chess Association from 2009 to 2012.

Ingrid Øen Carlsen is the younger sister of the chess grandmaster, Magnus Carlsen. She joined the Carlsen family on 5 May 1994. Like her elder siblings, Ingrid also grew a passion for chess while growing up. So, she also began playing chess since her early childhood, starting with her parents and siblings. After learning tricks and techniques of chess, Ingrid also participated in various chess tournaments for a while.

According to chessgames.com, Magnus Carlsen’s sister, Ingrid Øen Carlsen, played a total of 17 games from 2007 to 2010. Her last FIDE rating is 1598, with an overall record of 32.4%. Lately, she does not seem to have participated in any games. But, it’s assumed that Ingrid might still play with her family during her free time.

Currently, Ingrid Øen Carlsen is a professional Norwegian dancer. She owns a dance academy to her name in Svarttrostveien, Oslo, Norway. According to her Facebook page, she enrolled at Ballet Academy Stockholm, Sweden, in 2014 and completed her dance course in 2017. Before that, Ingrid received her dance course from Spin-Off Forstudium I Dans (Spin-Off Preliminary Study in Dance).

Signe Øen Carlsen is the youngest member of the Carlsen family. Unlike her siblings, she does not seem to have competed in any chess tournaments to date. However, she also might be good at chess and plays it with her family members and friends during her spare time.

Like her elder sisters, Signe also has chosen a different career path than her celebrity brother. Currently, Magnus Carlsen’s sister, Signe Øen Carlsen, studies Computer Technology at Norwegian University of Science and Technology. Along with it, she is a full-time Developer at Bekk, Oslo, where she was an intern in 2019. Before joining Bekk, Signe served as an intern at Silicon Labs for a while in 2018.

Furthermore, Signe Carlsen also has experience as a Teaching Assistant and Student Assistant at her college, NTNU. Also, the University of Amsterdam graduate with Exchange, and Computer Science, Signe volunteered in Abakus Student Association and the Vector Program.

All three of Marcus Carlsen’s sisters are close with their brother. They can often be spotted attending several public events together with their famous brother. Moreover, they even spend some quality time together sometimes during their holidays, far from the media people’s eyes. We hope their brother-sister bond keeps on being stronger with time.