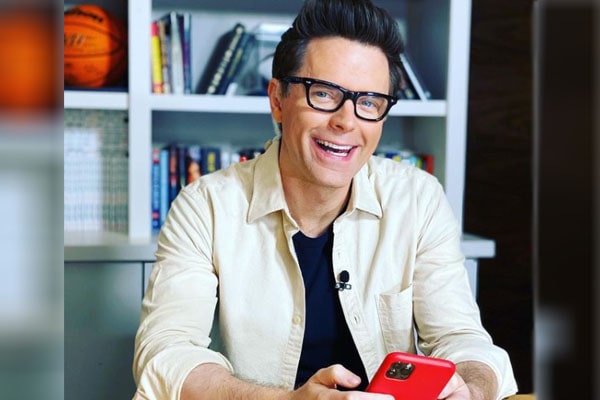 One of the high-profile American radio and television personalities, Bobby Bones, grew up in a low-income family. He was a disheveled, often hungry little boy who grew up in Mountain Pine, a former sawmill town near Hot Springs. The people around him used to bully him relentlessly for his dress-up and for being too quiet or smelling bad. Abandoned by his dad early on, Bones’ mom raised him and his sister, Amanda Estell as a teenage single mother.

However, growing up, Bobby Bones, born Bobby Estell, learned to find his own way to make his finance stable. He got the radio name Bobby Bones from DJ Kevin Cruise when he started working at the Hot Springs station KLAZ-FM. Ever since then, he has excelled both in his studies and career as a radio and television host. Moreover, he even established himself as a bestseller author and country musician.

At present, with continuous dedication and commitment in his related field, Bobby Bones has established himself as one of the top television personalities. Today, he is a multi-millionaire with an estimated fortune of over $7 million. Here, please get to know Bobby Bones’ net worth and the various sources that helped him bag such a big sum of money.

Bobby Bones’ Net Worth And Earnings

According to Celebrity Net Worth, Bobby Bones’ net worth is $7 million, which he mainly amassed from his career as a television and radio host. Along with his increasing stardom in the American entertainment industry and his growing involvement in other fields, his net value is also soaring high.

Here, be familiar with the overall earnings of Bobby Bones from his different business ventures.

Earnings As A Radio And Television Host

Besides, Bobby Bones also has been a guest host with other celebrity hosts, including Kelly Ripa on Live! with Regis and Kelly and Andy Roddick on Roddick and Bones. Moreover, he is also the host of the podcast ‘The Bobbycast,’ where he interviews music artists of all genres.

Furthermore, the fiance of the social media star, Caitlin Parker, Bobby Bones is a full-time mentor of ABC’s singing competition T.V. series, American Idol. So, he might get a good sum of money every season for his role as a mentor in American Idol. Likewise, Bones was even a judge of Topgolf’s original series Who Will Rock You in 2018.

Moreover, Bobby Bones filmed a June 2019’s episode of Running Wild With Bear Grylls in Norway. According to Distractify, the regular presenter of the show, Bear Grylls, gets $30K per episode.

Earnings From Other Media

Besides being a host, Bobby Bones has also appeared in some feature films, T.V. series, and dramas in the past. In the 2009 feature film Bandslam, Bones appeared with Vanessa Hudgens as an MC. Similarly, he also has appeared on two episodes of the ABC drama Nashville from 2013-2014.

The multiskilled television personality Bobby Bones is also an author of two New York Times bestsellers. He published his first book titled ‘Bare Bones, I’m Not Lonely If You’re Reading This Book‘ on 17th May 2016. Similarly, he released another book ‘Fail Until You Don’t Fight. Grind. Repeat‘ on 19th June 2018. The price of both of Bones’ New York Times bestsellers is given below;

Furthermore, some of Bobby Bones’ earnings are from his career as a country musician. He is the frontman of his comedy band with producer Eddie Garcia, The Raging Idiots. Moreover, he often performs onstage with his other famous friends such as Dierks Bentley, Brad Paisley, Florida Georgia Line, and Toby Keith.

Some of the top charted songs of Bobby Bones with his band members include We Can’t Stand Each Other, Every Day Is a Good Day, Starbucks!, and many more. He might have received a good share from the sales of his band’s songs and albums to add to his rising total assets.

The multi-million worth Bobby Bones is famous for his philanthropic deeds also. The money which comes from selling the official merchandise for his band goes to various charities. Moreover, he and his band often perform across the United States to raise funds for several foundations, including Austin Pets Alive, Epic Girl, and White Heart Foundation.

Besides, Bobby Bones donates money and other required materials to the needy ones from his own bank balance. According to Bones, his current charitable efforts are driven not only by a desire but also by his deep-rooted fear of being poor again one day.

Furthermore, Bobby Bones operates a charitable enterprise, a clothing company named Can’t See Apparel. Every month he chooses a new charity to benefit from his company’s sales. The same clothing company landed him in a tussle with the former president, Donald Trump.

In 2015, Bobby Bones noticed that Trump failed to register the trademark ‘Make America Great Again’ to use on hats and shirts. So, he filed it and told Trump that he could have the trademark if he made a $250K donation to St. Jude Children’s Research Hospital. The former president’s camp eventually purchased the mark from Bobby Bones by sending a cheque to St. Jude. However, Trump barred Bones from revealing the amount of donation.

Bobby Bones’ net worth has provided him with all the luxuries and security that he sadly could not afford in the past while growing up. Currently, he lives a lavish life in his luxurious Nashville home with his soon-to-be wife, Caitlin Parker.

Coming at you Monday night ! 10/9C on Nat Geo … Running Wild w Bear Grylls. First couple to ever take the challenge together pic.twitter.com/HWr1V2jp4C

Bones proposed to his then-girlfriend, Parker, for a wedding back in October 2020. The bride-to-be had given a glimpse of her engagement ring, which seemed to feature a solitaire diamond. Moreover, Bones invited the celebrity musician Mat Kearney to play their favorite song by him, ‘Nothing left to lose.’ Seeing the arrangements done by Bones on their engagement, it seems like he spent thousands of dollars to surprise his lady.

So, the little boy, who grew up in poverty, Bobby Bones, is financially stable in the present. Now, he can afford every materialistic thing that he wishes to have with him as his net worth is shooting up with his rising popularity and involvement in different sectors.