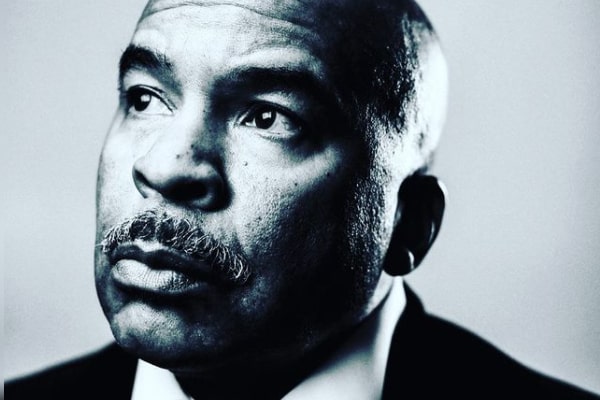 From Shakespeare to comedy shows, to more serious films, David Alan Grier is an American actor and comedian. The 64-year-old has been part of the showbiz industry since 1981 and has received tons of awards.

Previously married to Maritza Rivera and Christine Y. Kim, the comedian is also a passionate cook. He also has a daughter, Luisa Danbi Grier-Kim, with his second wife.

The M.F.A. graduate from Yale School of Drama also has a huge passion for cooking. However, much of David Alan Grier’s net worth is $4 million comes from his acting career. Below let us look into the comedian’s income sources which attribute to his net worth.

Earnings From The Big-Screen

The 6’2″ actor may have had his breakthrough in the television segments and has many movies in his bag.

Grier has worked alongside talents like Robin Williams, Eddie Murphy, Damon Wayans, Kerry Washington, Craig Robinson, Marlon Wayans, and Kumail Nanjiani, to name a few. To date, he has 120 acting credits to his name.

The table below illustrates some of the box-office collection of movies starring David Alan Grier as per IMDb:

Working alongside major stars and with such box office success, we can assume the movie earnings as the highest contributor to David Alan Grier’s net worth.

Income From In Living Colors And Other TV Projects

Despite coming from a Shakespearean background, David had his big break in the comedy show, i.e., “In Living Color.”

The comedy show aired from 1990 to 2006, which gave plenty of stars the spotlight. Jim Carrey, Jamie Foxx, T’Keyah Crystal Keymáh, Tommy Davidson, Jennifer Lopez, and the Wayans brother are some stars involved in the show.

The show was a success for its dark and political humor, so much so it even hosted the Super Bowl halftime show in 1992 with more than 25 million viewers.

The show was one of the biggest benefactors to David Alan Grier’s net worth in his prime days.

Aside from In Living Colors, Grier has appeared in Dad Stop Embarrassing Me!, The Resident, Crank Yankers, The Cool Kids, The Carmichael Show, and Comedy Bang! Bang! to name some.

In 2016, the Blankman actor advertised himself as the first African-American Colonel Sanders for the KFC campaign, which surrounded him with controversies.

The 64-year-old took to Twitter to make this shocking statement, which said –

Sadly, the global fast-food chain endorsement was short-lived as KFC’s executive, Kevin Hochman, made it clear to the public. There was no legal drama as the company admired the foodie for his work.

Becoming the next Colonel Sanders would have really skyrocketed David Alan Grier’s net worth. Aside from the KFC drama, Grier has had no major endorsement deals.

Other than acting, David Alan Grier can also be hired to host special events. The presence of star power will always add attention to the regular event.

One can even hire the actor to host cooperate events, award shows, and guest speeches. The Tony Award Nominee charges a minimum fee of $25,000-$39,999 based on the event.

The passionate cook’s hosting work can be seen in Comedy Central’s “Chocolate News,” a satire for news magazines. David Alan Grier also published his book titled “Barack Like Me: The Chocolate-Covered Truth.”

The 2016 Image Award Winner for Outstanding Actor in a Television Movie may have had a successful acting career but is the opposite in his marriage life. David Alan Grier was previously married to Maritza Rivera and Christine Y. Kim.

With his second wife, Kim, the actor had his one and only child. He shares joint custody of his daughter, Luisa Danbi Grier-Kim. After their divorce on June 9, 2009, the actor agreed to pay $3,566 monthly for child support from his reported $21,667 salary.

Grier also paid a one-time lump sum of $60,000 to the LACMA curator. Kim, who has now remarried again, also received an apartment in New York City, including the gifts and jewelry received during the wedding.

As for the In Living Color star, he got a house in Los Angeles.

Currently, David Alan Grier is living a happy single life by doing what he loves to do. The comedian has been able to focus more on his passion which is cooking and has promised to become a faithful father.

The University of Michigan product’s most priced asset might be his Yamaha YZF-R1 limited-edition motorcycle. The 64-year-old has a certain interest in motorcycles and owns a handful of them.

Regardless of everything, David Alan Grier is living happily, and his upcoming projects are sure to increase his net worth. We wish the best for the actor in continuing to make people laugh with his presence.