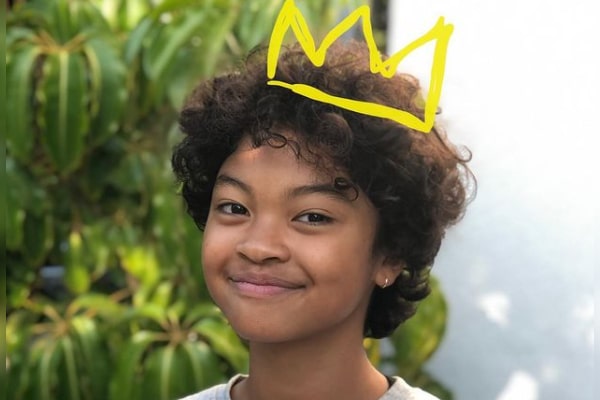 David Alan Grier is a comedian and actor, best known for his sketch comedy in the television show “In Living Color.” The talented artist is living a single and fruitful life by doing things that interest him the most.

The comedian might be a single man right now but previously had married twice. His first marriage with Maritza Rivera, his co-star in In Living Color, would last for 10 years. Grier’s second marriage to Christine Y. Kim would last for only 3 years but blessed them with a beautiful daughter.

David Alan Grier’s daughter Luisa Danbi Grier-Kim is his only child. Below, let’s find out more about Luisa Danbi to know her better.

The Jumanji actor’s marriage with the curator of contemporary art lasted for only three years. The Studio Museum in Harlem associate would file for divorce on June 9, 2009, for irreconcilable differences.

Despite having a daughter and spending quality time with each other, the former couple’s marriage didn’t work out. Luisa Danbi Grier was born on January 10, 2008, and was 7 lbs., 6 oz, and measured 20 inches long. While talking to People, David’s ex-wife, Christine Y. Kim, revealed that Luisa looked just like David and her.

Eventually, the ex-lovebirds would divorce, and Christine also asked for sole custody of their daughter. But the court approved for joint custody, and the actor agreed to pay $3,500 as child support monthly. The Chocolate News star also allegedly paid $60,000 to his ex-wife Christine.

Luisa Has A Step-Father And A Young Sister

After separating, David Alan Grier was very vocal about his life choices and how we would try to be the right father to his daughter. As for Christine Y. Kim, she would marry Kevin Gruenberg later and also have a baby girl with him.

David Alan Grier’s daughter Luisa Danbi who is 13 now, has a half-sibling named Nizzy Gruenberg. She is the daughter of the LACMA curator and Kevin Gruenberg.

The family is surrounded by love and harmony as they spend a lot of quality time together. The teenager has no issues regarding her step-father and half-sibling as she has openly accepted them.

Aside from his acting career, the 6’1″ comedian is also a food blogger. His main focus is eating healthy and fresh with a lot of greens. David Alan Grier’s daughter Luisa Danbi Grier-Kim is a huge fan of one of his signature dishes.

The breakfast polenta, which he serves with bacon and two eggs, forming a smiley face, is his little princess’s favorite. With skills like that, the Stuart Little actor is not only a dad but a dynamite dad who knows how to prep a lunch box.

The devoted father and the passionate cook has a foodie blog entitled “Chocolate Glutton,” where he shares his cooking experience and best dishes with his eager fans.

Despite having joint custody, David Alan Grier’s kid Luisa Danbi Grier spends more time with her mother. One major reason might be the less media attention and her half-sister.

With her father, the media is always on his tail. As a veteran in the showbiz industry, the 64-year-old is known to make the best use of whenever he is given the spotlight.

The single life enjoying Alan also is the father to two handsome dogs, Buttercup and Ginger. Aside from his dishes, his daughter also enjoys the company of the pets.

Artist In The Making?

Art is subjective in nature and has no limit to it. Since spending more time with her art curator mother, Luisa Danbi Griever is highly inspired by her.

David’s daughter enjoys dwelling around in art exhibitions and has an artistic personality. The curly-haired beauty has also modeled for a couple of art seminars. She has been an active protestant for Black Lives Matter and Stop Asian Hate, like her mother.

Unlike David Alan Grier, an actor and comedian, his daughter seem to prefer arts and paintings.

David Alan Grier’s daughter Luisa Danbi Grier might be spending more time with her mother but is always daddy’s little princess. Regardless of everything, Luisa is enjoying her life.

Since she is a teenager now, Kim’s firstborn has more opportunities and exploration to be done in life. We wish the best to both the family and David Alan Grier to guide their daughter to success and to live a healthy life.

The name Luisa is a girl name of Italian origin with the meaning “great warrior.”