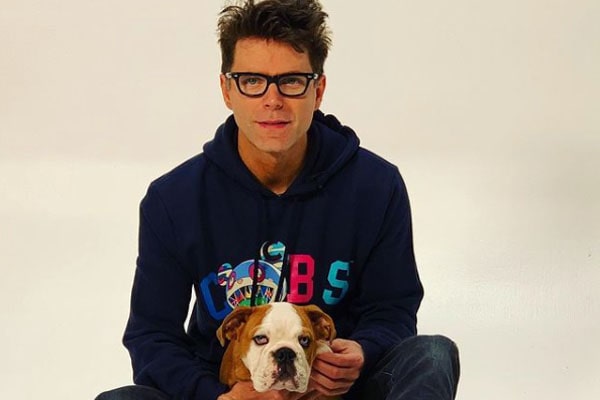 The world-famous television personality, Bobby Bones, was born and raised in the community of Mountain Pine, a former sawmill town near Hot Springs. He grew up in hardship and indigence, but now, he is a multi-millionaire radio and television host who is recognized worldwide.

Currently, Bones is famous for being the host of the nationally syndicated country music radio show, The Bobby Bones Show. Also, he is the full-time mentor on the ABC network’s singing competition T.V. series, Americal Idol. Moreover, Bones is also an author of two of the best-selling books in the United States.

With the rising fame of the frontman of Bobby Bones & The Raging Idiots band, many people are curious to know about Bones’ personal life. So, here let’s take a peek at the celebrity host, Bobby Bones’ parents, and know if they are happy with their child’s achievements.

Bobby Bones’ Father Left Him When He Was Five

The radio host, Bobby Bones’ mother, Pamela Hurt, and his father married when they were teenagers. His mom was fifteen, while his dad was seventeen at the time they married. Moreover, Bones’ mother, Pamela, was nearly sixteen when he arrived. However, when Bobby was five years old, his father left him and his sister, Amanda Estell, in the hand of their mother, leaving Bones’ siblings a few faint memories of him.

After Bobby Bones’ father left the family, Bobby’s mother raised him and his sister with the help of their maternal grandmother, Hazel Hurt. His mom started drinking and taking drugs, leaving the kids with their grandma for days, weeks, or even years at a time. As a result, Bobby Bones’ grandmother, Hazel Hurt, adopted Bobby and his sister, Amanda, legally and co-parented them with their mother when she was around.

Furthermore, according to Bones, for most of his life, his dad lived within five miles. He added that he never knew him, never saw him, and never talked to him while growing up. Hence, there is not much information about Bobby Bones’ father available on the internet.

As aforementioned, Bobby Bones’ mother, Pam Hurt, usually stayed far from her children throughout her life while her mother, Hazel, looked after them. When Bobby excelled in his career and achieved success also, she lived away from him. Eventually, due to her alcoholism and drug addiction, she passed away on 21 October 2011.

The moment Bones’ mom, Pam drew her last breathe, he was not beside her. Bobby Bones’ sister, Amanda, conveyed him the message of her death through a phone call the same morning at 7:45. Bones completed his show that day in Austin, Texas, and went to his mother’s funeral. Next day he was back on the air.

Bobby Bones tried his best to get his mother out of her drug addiction. He bought his mom a trailer and an acre and a half of land, thinking it would fix everything. He thought if his mom had that, she would not worry about other things. However, sadly, Bones’ fame and money could not save his mother. Instead of using the money sent by Bones for her daily living, she used them for drugs and alcohol.

Only later, Bones’ realized that his financial support to his mother just enabled her to buy the highly addictive drugs. His mom started calling him for more money. So, Bones decided to pay her bills independently and tried his best to keep her in a rehab center. But, he could not do so before her demise. Bobby still remembers his mom with lots of love and more regret for not being able to push her harder toward treatment before her death.

His Grandma Helped Him To Achieve His Aim

As Bobby Bones’ parents were not by his side to observe his growth most of his life, his grandma, Hazel, played the role of both his mom and dad. She was a performer in the family, who brought a guitar to church, conducted singing, told stories, and influenced her audience. Bones says that his granny had a big hearty laugh and could make everyone laugh. Everyone respected his grandma and was drawn to her.

So, Bobby Bones knew from his early childhood days that he also wanted to be like his grandma. And, for him, that meant being a television and radio star, and a stand-up comic. Thus, he began his radio career at the early age of seventeen from his college’s radio station ‘KSWH-FM.’ And, as you all know, over all these years, he succeeded in establishing himself as one of the top radio hosts.

Sadly, Bobby Bones’ grandmother, Hazel Hurt, died when he was a teenager. But, he still admits that she did what she could, though his mom was of no help. If his grandmother was alive to see his achievements, then no one would have been the most pleased than her. We hope she is happy and blessing her grandson for his more success from heaven.