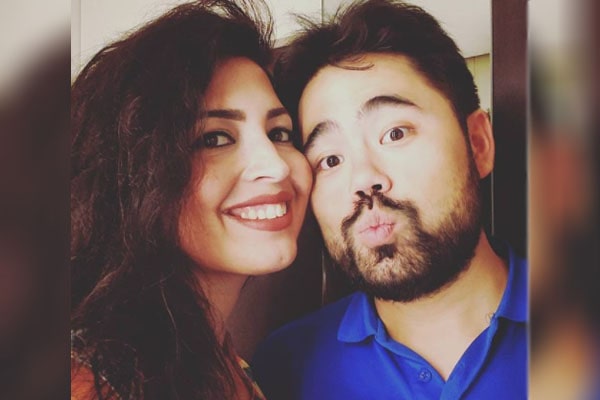 Hikaru Nakamura is a well-known American chess player and Twitch live streamer. At age 15 years and 79 days, he became the youngest American to earn the title of Grandmaster. However, another American chess prodigy, Samuel Sevian, aged 13 years and 10 months, broke that record in 2014.

The five-time United States champion, Nakamura, is also the winner of the 2011 edition of Tata Steel Chess Tournament Group A. In 2014, FIDE ranked him number one in both world rapid and blitz chess. However, the Norwegian grandmaster, Magnus Carlsen, surpassed him later in 2015.

Chess is Hikaru Nakamura’s love since his childhood days. However, since 2013, he is sharing some portion of his love with a beautiful Italian girl named Maria De Rosa. You might be surprised to know that Hikaru Nakamura’s girlfriend, Maria De Rosa is also a chess champion. Here, find out more about her and her achievements from her career as a female chess player.

One of the top chess players worldwide, Hikaru Nakamura’s girlfriend, Maria De Rosa, full name Mariagrazia De Rosa, is an Italian chess player. She was born in Naples, Italy, in 1988. Like her current boyfriend, De Rosa was passionate about chess since her early childhood days.

So, Maria fell in love with chess and began playing it at the tender age of 6. Growing up, she learned the rules of chess and eventually started taking part in various chess tournaments held around Italy. According to Maria’s social profiles, she won the Italian Women’s Chess Championship thrice in 2003, 2010, and 2013. Moreover, she even has played with the Italian National Team in four Olympics to date.

Furthermore, Maria De Rosa is also the winner of the Italian Women’s Team Championship (CSIF) six times; 2010, 2011, 2012, 2017, 2018, and 2019. She won the CISF of 2010 – 2012 with the Fischer Scacchi Chieti team and the remaining three years with the team of Caissa Italia Pentole Agnelli. Besides these, other chess teams with which Maria De Rosa played are Cielo d’Alcamo and Carlos Garcia Palermo’s team.

Also, De Rosa is the 2014 FIDE Female Master title winner, which she won as a FIDE Instructor. She obtained her first International Female Master Norma during the 2014 European Women’s Championships. Though Maria De Rosa has not won any distinguished titles lately, she is still active in the game and often participates in chess competitions in person or online.

A Twitch Streamer For Chess.com

Recently, Rosa and her friends Alex Melchior and Marco Parpinel of Gambito Club challenged her boyfriend, Nakamura. You can watch the full video of the Puzzle battle of Parthelope Chess and Gambito Club vs. Hikaru Nakamura here and find out who won.


Besides, Maria De Rosa is also active on other social media platforms with the name Parthenope Chess. She regularly updates her recent achievements and games on her every social networking page.

Furthermore, while not busy with chess tournaments, Maria De Rosa works in Jewelry, design, and wholesale.

According to various online sources, Hikaru Nakamura started dating the reigning Italian women chess champion, Maria De Rosa, in 2013. As both are chess players, it’s speculated that Nakamura and De Rosa met during tournaments and fell for each other.

In 2012, both Hikaru Nakamura and his current girlfriend, Maria De Rosa, were participants at the Men and Women’s Italian Team Chess Championships, which took place in Arvier, Aosta Valley. Nakamura with his team, Obiettivo Risarcimeno – Padova, won the title with 13, 0/14 match point. Similarly, Rosa, with her team Fischer Chieti won with a perfect score of 10,0/10. Probably, they were already friends during that event.

As Nakamura spends most of his time in the United States and Rosa in Italy, the two still do not live together. Nakamura believes that it is not practical to live together when you are playing chess until you are husband and wife. However, they travel to each other’s place frequently to meet during their free time.

Before getting into a relationship with Maria De Rosa, Nakamura did not want to always talk about chess. He stuck to dating ladies who were not chess players, people entirely out of the game. However, his mindset changed after meeting Rosa. He feels happy to have a sweetheart who plays chess. Being a chess player herself, Rosa understands the range of emotions her boyfriend goes through during the course of a tournament, from winning to losing.

Both Hikaru Nakamura and his girlfriend, Maria De Rosa, are happy with their relationship. We hope we will soon hear the news of this romantic couple tying their marital knot and living together as husband and wife.