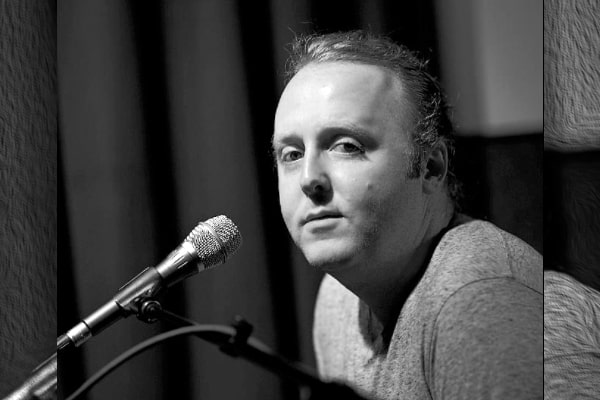 Born on 12 September 1977 to Paul McCartney and Linda McCartney, James McCartney naturally followed his father’s footsteps into music. Thus, the British-American musician contributed to the solo albums like Flaming Pie, Wide Prairie, etc., by his parents.

Hence, the 43-year-old James McCartney’s net worth has increased massively throughout his career as a musician. Although James hails from the music royalty, he ultimately proves himself as a talented human being without being overshadowed by his father’s career.

Hence, here is everything about James McCartney’s source of earnings besides music.

As mentioned earlier, Paul McCartney’s son, James McCartney, quickly followed his father’s footsteps in the entertainment world. Therefore, his fortune proliferated rapidly at godspeed, and he made a multi-million fortune.

According to Celebrity Net Worth, James McCartney’s net worth is estimated at $20 million, thanks to his musical earnings and artistic venture. Thus, let’s explore Paul’s kid, James’ earnings, and lifestyle. Also, if you’re wondering whose wealth is greater, Paul or James, let us remind you, the music mogul, Paul McCartney is worth $1.2 billion and counting.

Earnings As A Musician

James McCartney has established himself as a successful musician without being overwhelmed by his father, Paul McCartney’s career. Hence, he made a fortune of about $20 million since his entry into the musical world in 1997.

James has contributed a great deal to his father’s solo albums, including Flaming Pie and Driving Rain. He played drums and guitar for Paul McCartney. Likewise, James also helped his father write some lyrics. Interestingly, he left the McCartney family fame and worked on his music while also waiting tables and attending college in 2004.

Throughout James McCartney’s career, he has released two studio albums, Me (2013) And The Blackberry Train (2016). Likewise, his EPs, Available Light and Close at Hand, came out in 2010 and 2011, respectively.

Also, James released his compilation album, The Complete EP Collection, in 2011. Prior to that, he also helped his mother, Linda McCartney, with her solo album, Wide Prairie, in 1998.

As of now, James McCartney’s earnings are solely dependent on his musical tour as he’s stopped releasing music. Undoubtedly, his net worth multiplied rapidly, thanks to his musical career. However, his skills are not limited to the melody; the talented McCartney is also a renowned sculptor.

According to Paul McCartney’s IMDb, his son, James McCartney, is also a sculptor. But James’ works as a sculptor are nowhere to be seen. Moreover, he studied art, photography, and English when he was in college.

Furthermore, words of exhibitions are not uttered, and McCartney’s website talks about his musical career and nothing more. Unlike James, his sisters, Mary McCartney has established herself as a British photographer, and Stella McCartney built her name as a fashion designer.

A sculptor makes on average $48,660 per year, and the paycheck varies from one’s experience and excellence of work. Thus, James McCartney’s income as a sculptor must be handsome if he is into selling his art pieces.

Hence, art and sculpting also aid James McCartney’s net worth. Besides, the world knows he went into drug abuse after losing his mother, Linda, to cancer. Since James always sought independence, he began earning for his own life at a young age which helped him build his persona as a multi-millionaire in the current days.

Therefore, hopefully, we will get to see and hear more of James’ music, ultimately adding more zeros to his bank account.