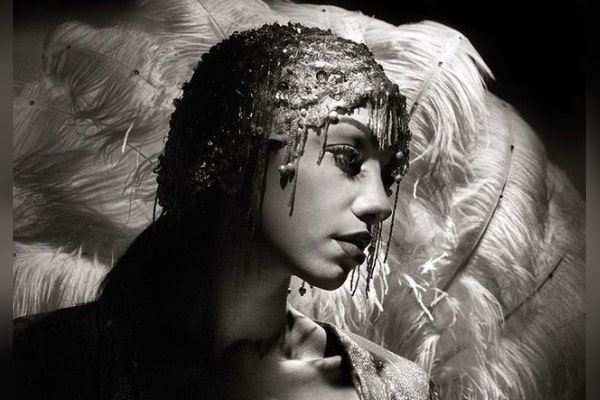 Corinne Foxx is not only an accomplished model but also a writer and social activist. Image Source: Corinne Foxx's Instagram.

The 27-year-old often appears as her father’s date in the red carpets, making her presence known to the mainstream media. Beginning as early as six, Jamie Foxx’s daughter is estimated to have a massive net worth. Her gun-slinging Django father’s worth is over $100 million, mostly earned from his acting. But today, let us look at Corinne Foxx’s net worth and her earning sources.

One of her careers which contributes to Corinne Foxx’s net worth is modeling. Foxx had early success in the modeling industry since she appeared on the cover of American Cheerleader in 2011 while still in high school. The cheerleader would later feature in multiple magazines such as Rollacoaster, Nylon, W Magazine, C Magazine, and ASOS Magazine.

Currently, she is signed to Select Models London, LA Models, One Management New York, and LBI Entertainment. Corinne made her fashion week debut in 2016, walking for Kanye West‘s line Yeezy.

An average salary of a model in the USA is around $35K, and Corinne Foxx’s earnings might be in the same range, if not more.

The daughter of the 2005 Oscar Winner For Best Actor is yet to impact the acting scenario as she only has few credits. Aside from her father’s show, the Pi Beta Phi fraternity member made her acting debut in Sweet/Vicious, an MTV series.

The 5’7″ celebrity child made her debut in 47 Meters Down Uncaged; she is also starring in her father’s directorial debut titled All-Star Weekend. The California-born also showcased her talents in Disney Plus’ Safety, a sports drama.

Fresh out of the water at the @47MDown premiere last night 🌊🦈✨ pic.twitter.com/tZoxMwnObp

With only a handful of appearances, Corinne Foxx might have earned an average salary. But when it comes to Disney, they sure know how to fill the wallets, which would have contributed to Corinne Foxx’s net worth.

DJ At Her Father’s Show

As mentioned earlier, the Sierra Canyon High School graduate has been making appearing in her father’s show, The Jamie Foxx Show, since she was six.

Jamie Foxx and his daughter Corinna Foxx would collaborate again for Beat Shazam, a game show of identifying songs by sound with the cash prize of up to $1 million. The gorgeous Corinne works as the DJ host for the show who debuted in the 2nd season.

Jamie Foxx is earning approximately $3 million for hosting the show. As for his daughter, the American model might also be earning around similar figures.

The African-American and European descent, Foxx is a beautiful soul and a talented philanthropist. The writer has her own website Foxx Tales, which focuses on Corinne’s lifestyle and her travel diaries, among other things.

The B.A. in public relations degree holder feeds into lifestyle, real talk, entertainment, wellness, karma, and travel. Her writing pattern has its own identity that matches well with the presentation and aestheticism of the website.

Furthermore, there is also a section on her website called Girl Powered Shop, where there are different products such as jewelry, remedies apothecary, sweet dough, and many more. The products are made by her friends and mostly by foundations associated with Foxx.

Foxx, who suffered from anxiety in 2020, started her own podcast with her friend, Natalie McMillan, and called, Am I Doing This Right? The podcast follows a simple moto of life advice from non-experts and also dealing with issues in adulthood.

Endorsements And Other Sources

The social activist has always been open about her feelings and thoughts expressing them on her website and podcast. That has led the 37-year-old to become ambassadors of many related foundations. The Endometriosis Foundation of America and the National Alliance on Mental Illness are foundations where the 5’7″ TV presenter is an ambassador.

As mentioned above, the decorated model is also endorsed by many clothing lines, one such major being Sherri Hill‘s line. Jamie Foxx’s daughter would also walk the New York Fashion Week in 2017, representing the American designer.

Corinne Foxx has never been the flashy spoiled rich kid who shows her luxurious lifestyle on her social media. As a social activist and someone who lived with anxiety, Jamie Foxx’s daughter enjoys spending money traveling and connecting to places.

Moreover, The Beat Shazam DJ is also fond of horses, and her affection can often be seen on her social media. She might own or has sponsored a couple of horses in multiple stables.

The simple natured Foxx considers her journey in life with all the ups and downs as her biggest asset.

With a couple of works under post-production and getting to star alongside her father in Netflix’s Dad Stop Embarrassing Me!, it looks like the future is set and secured for the former cheerleader. And with such big projects in the making, we can also see Corinne Foxx’s net worth increasing.

We wish very best to Jamie Foxx’s daughter Corinne Foxx for her upcoming endeavors and to continue with her social work, proudly and loudly.