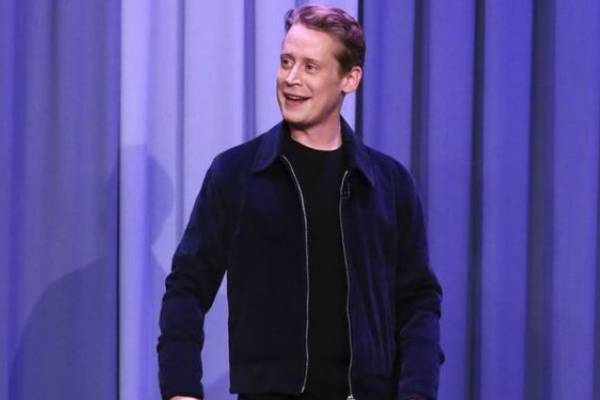 Macaulay Culkin is regarded as one of the most successful actors in the industry and has amassed immense fortune. Image Source: Macaulay Culkin Instagram.

Macaulay Culkin, born Macaulay Carson Culkin, is a well-known actor from America. He is considered one of the most successful child actors of the 90s. He is also a renowned musician who has amassed an immense fortune from his works.

According to Wealthy Gorilla, Macaulay Culkin’s net worth is estimated to be $18 million. Here, let’s learn how the talented actor accumulated such an immense fortune and his earning details.

Macaulay Culkin Net Worth And Earnings

As stated above, Macaulay Culkin’s net worth is estimated to be $18 million. The wealth that Culkin has amassed in his career comprises his income as an actor, musician, podcaster, and several other ventures that he has been involved in.

Culkin began acting when he was four years old. He performed in the different stage production of Bach Babies at the New York Philharmonic. He then began appearing in various films and television series in the 80s.

As mentioned earlier, Macaulay Culkin began acting at a very young age and gained huge success since the beginning phase of his career. He has worked in more than dozens of movies in his career, which were massive hits, and has gotten good reviews. He made his big-screen debut in the late 1980s in the film Rocket Gibraltar and then went on to start in other different movies.

Here are some of the movies starred by Macaulay and their box office collections.

Although he has acted in several movies, Macaulay is best known for his work as Kevin McCallister in the comedy movie Home Alone. The film made a total of $281.5 million in the US. Similarly, he also starred in the sequel Home Alone 2: Lost in New York, which made a total of $172.7 million in box office collections.

Macaulay was reportedly paid $110,000 for his role in the movie. Culkin’s salary to reprise the role in the sequel was $4.5 million. In addition, here are some of the films that he has starred in and the salary per movie.

Overall, Macaulay seems to have gained considerable success through the films that he has acted in. Well, as mentioned earlier, those movies have gotten good reviews and were also massive hits. So, from those contributions, Culkin must have benefitted well.

Apart from the movies, Culkin has also appeared in numerous television series. He made his television debut in 1988 by appearing in an episode of the television series The Equalizer. Since then, he has made appearances in series like Frasier, Will & Grace, Robot Chicken, Kings, etc.

As a television actor, Macaulay must have also made a significant amount.

In February 2020, Ryan Murphy, American Horror Story’s co-creator, announced that Macaulay would be part of the upcoming 10th season of the series. Many famous actors like Kathy Bates, Emma Roberts, Angela Bassett, etc., are the series’s main characters. So there is a chance that Macaulay Culkin’s net worth might see considerable growth in the upcoming days.

Income As A Musician

Macaulay Culkin was a group member of the American rock band, The Pizza Underground, where he played kazoo, percussion and was a vocalist as well. Other members of the band were Phoebe Kreutz, Matt Colbourn, Deenah Vollmer, and Austin Kilham.

Furthermore, in December 2013, Culkin produced and directed a video of himself eating a cheese pizza along with Phoebe. The videos uploaded on YouTube went viral, and through the video, he promoted the band’s debut. A month later, they released their first music video.

The group released several different music videos, which were mainly musical parody and earned significantly. In 2016, he announced that the group was splitting up and their next album would be the last.

Apart from acting and music, many other sources contribute to the actor’s fortune.

Macaulay wrote an autobiographical book named Junior, which was published in 2006. The book was sold for $12.17. In addition, he is the publisher and CEO of a satirical pop culture podcast and website called Bunny Ears, which he created in 2017. He also has a YouTube channel named Bunny Ears, where he uploads podcast videos and several other vlogs.

Similarly, Culkin also has a merch whose profits go to the Breast Cancer Research Foundation. Furthermore, he has appeared in several TV ads, and among them, an ad for Google Assistant, where he reprised his role of Kevin, was the most notable.

Macaulay’s fame and recognition, which has gained because of his earlier works, have helped him receive several endorsement and sponsorship offers. He has deals with several brands like Sprite, which pays him handsomely.

Thus, Macaulay Culkin’s net worth of $18 million seems plausible. With a massive fortune like that, he must have paid a considerable amount in taxes.

Macaulay Culkin is in a blissful relationship with former Disney actress Brenda Song. They began dating in October 2017. The duo welcomed a son, Dakota Song, on April 5, 2021. They both are raising their child with great love and care.

Before being in a relationship with Brenda, he dated actress Mila Kunis from May 2002 to 2010. Their breakup was confirmed by Mila’s publicist, who said that their separation was amicable, and they remained close friends.

Macaulay has been married once in his life. Before getting in a relationship with Mila and Brenda, he was married to an actress Rachel Miner. The two me at New York’s Profesional Children’s School and began dating. After dating for a while, they tied the knot on June 21, 1998. However, their marriage could not last long, and they separated in April 2000.

Their split was announced by Culkin’s representative at that time, who said that the separation was amicable, and they remained best of friends. Culkin might have paid a significant amount in alimony and for a divorce settlement. But, even if he had paid, the dent made by the amount has been covered by the income that he has made since then.

As stated above, Macaulay Culkin’s net fortune is estimated to be $18 million. All thanks to his multi-million dollars worth of fortune, he is able to live a comfortable and lavish lifestyle. He owns apartments in Paris and New York City.

Culkin owns an apartment at SoHo pad New York, which is worth $2 million. He has named the roomy 5,100-square-foot condo as “playground workspace.” In 1999 November, he spent $1.725 million on the house in Manhattan.

Looking at his wealth, one cannot doubt that Culkin is doing really great for himself.