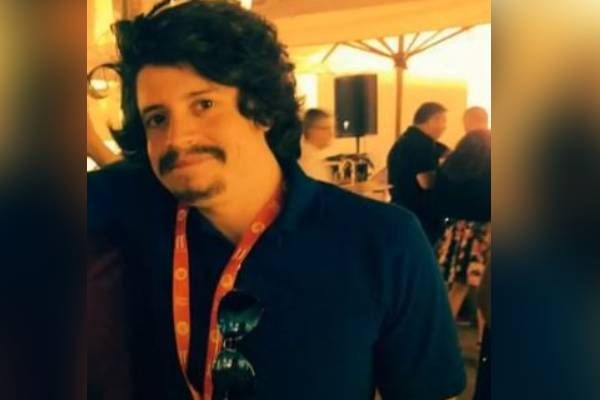 Among seven children of his parents, Christian Culkin is the sixth child. Image Source: Social Media.

Christian Culkin is one of the seven kids of his parents. He grew up with his two sisters and four brothers and is mainly recognized as Home Alone star Macaulay Culkin‘s younger brother.

Here, let’s learn in detail about Christian Culkin and his whereabouts.

Is The Sixth Child Of His Parents

As stated earlier, Christian Culkin is one of the seven kids of his dad, Kit Culkin, and his mom, Patricia Brentrup. He was born Christian Patrick Culkin in 1987, and he celebrates his birthday on 30th January. He grew up with his two sisters, Dakota Culkin and Quinn Culkin, and four brothers, Shane Culkin, Kieran Culkin, Macaulay Culkin, and Rory Culkin.

Besides his six other siblings, Christian also has a half-sister from the father’s side. Christian Culkin’s half-sister, Jennifer Adamson or Jennifer Culkin, was born to his father, Kit Culkin, and his former girlfriend, Adeena VanWagoner. Unfortunately, Jennifer passed away due to a substance overdose in 2000.

According to his LinkedIn profile, Christian has been working as a contributing writer at The Waverly Press since September 2012. Similarly, he has also been working as a writer at Lid Magazine since January 2012. Christian graduated with a degree of B.A. in Creative and Professional Writing in 2009 from Manhattanville College.

After graduating, Macaulay Culkin’s brother, Christian, attended the Feirstein Graduate School of Cinema in 2015 and graduated with a Master of Fine Arts (M.F.A), Film in 2018. He must be doing great in his profession, and we hope that he achieves significant success.

Apart from his profession as a writer, Christian has also acted in the movie It Runs In The Family as Randy Parker.

His Parents Were Never Married

Christian Culkin’s dad and mom, Kit and Patricia, welcomed seven children while they were together for almost two decades. Some online tabloids suggest that they met in North Dakota and began dating in 1974. After living in North Dakota for few years, they moved to New York.

However, despite having seven children together, Christian’s parents were never married.

After being in a relationship for two decades and welcoming seven kids, Christian’s mother-father split from each other. The former couple had an ugly battle for the custody of their seven children.

Following the separation, the former couple seems to have moved on, as his mother, Patricia, is happily married to Mart D. Cox and is living a comfortable life with him and his daughter, Kara Cox.

Similarly, according to a 2001 article from NYMag, Christian’s father, Kit, reportedly lived with Jeanette Krylowski in a two-bedroom condo in Phoenix, Arizona. Sadly, Jeanette died in 2017.

Despite the fame and popularity that Christian has gained, he seems to be a private person when it comes to his personal life. He has neither made many public appearances nor has spoken in interviews. In addition, there seems to be no sign of him on any social media profiles.