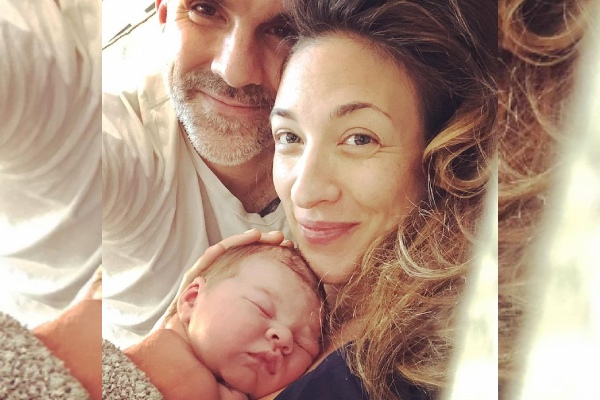 Actor Paul Schneider is married to Theresa Avila since 2016. The couple has a daughter together. Image Source: Instagram/paulandrewschneider.

Paul Andrew Schneider, better known as Paul Schneider, is an American actor most popular for his role of Mark Brendanawicz in Parks and Recreation, an NBC sitcom. The talented actor has received the Narrative Feature Award 2014 for the Best Actor in Tribeca Film Festival. He also received the accolade for his work in Goodbye to All That. Schneider is also the recipient of the National Society of Film Critics‘ Best Supporting Actor Award for his portrayal of Charles Armitage Brown in the movie Bright Star.

Enough about Schneider’s journey and milestones in the American entertainment industry, now let’s take a peek into his personal life. Paul Schneider is married to occupational therapist Theresa Avila. Now you might be wondering if the couple has any children; continue reading the article to find out.

The Parks and Recreation actor Paul Schneider tied the knot with his wife Theresa Avila in 2016. His wife, Theresa Avila, is also known by the name Theresa Thelen-Clemmons. The actor was forty at the time of his marriage. As of now, Paul Schneider and Theresa Avila have been married for more than four years and have recently welcomed a little angel.

The couple welcomed their little daughter on May 14, 2020, at 4:41 am at their residence. The wonderful news was announced by Paul Schneider himself through an Instagram post with a photo of his newly born daughter Louisa TC Schneider. The couple decided to give her the middle name TC, the initial of Theresa’s name Thelen-Clemmons, in honor of Theresa.

Louisa TC Schneider Is The Only Daughter Of Paul Schneider

As of now, Paul Schneider’s daughter Louisa is 8 months old and is his only child with Theresa. The couple is more than happy to have been blessed with a daughter and often share their sweet memories with her on their social media accounts. Louisa is a cute child with a bright smile that can melt anybody’s heart. The couple does not leave their child alone, even for a second. They take her everywhere they go, be it: beaches or holidays or outings. So far, the couple is content with their only child and does not have a plan of extending their family anytime soon.

The name ‘Louisa’ is a feminine name of French origin, and it means ‘famous warrior.’