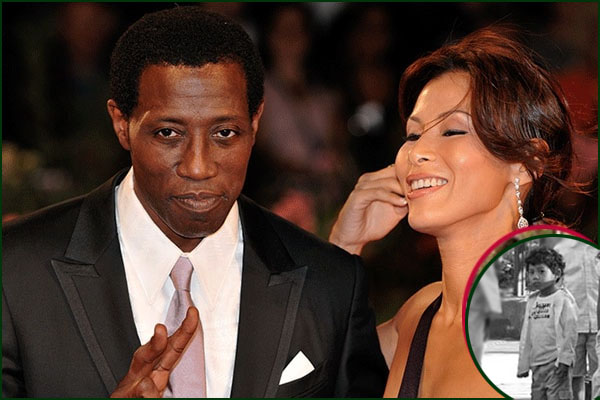 Alaafia is not the only child of the lovely couple, Wesley and Nikki. He has three siblings including Iset Jua-T Snipes, Akhenaten Kihwa-T Snipes, and Alimayu Moa-T Snipes. As for Jelani Asar Snipes, he is the elder half-sibling brother of Alaafia.

Actor Wesley Snipes Keeps His Children Away From The Media Limelight

Not always, but most of the time Wesley prefers to avoid unnecessary media attention for all of his kids. Although Snipes’ eldest child Jelani has managed to grab some of the media attention, the other four have been completely absent in almost all of the events and gathering. It looks like the actor is very media conscious for his children.

Blade actor is popular on his Instagram handle with 1 million followers as of 2019. However, he is not used to sharing his children’s pictures.

Not only that but Wesley Snipes’ wife Nikki seems to totally support his decision to keep their kids away from the limelight. Up until now, he has not posted his kids’ pictures on his social media handle.

Alaafia Is The Middle Child Of His Parents

As mentioned earlier, Wesley Snipes’ son Alaafia has three siblings; including two brothers named Akhenaten, and Alimayu, and a sister named Iset. He also has an elder half-sibling brother Jelani Asar who is an actor. Before the exes got separated in 1990, Wesley Snipes’ ex-wife April Dubois gave birth to Jelani. Wesley got married to Nikki after the birth of their daughter, Iset in 2003.

Even though Snipes’ family is not at all interested in publicizing their life, the personal bonding between the family is very strong. They all seem to be happy together and living their life to the fullest.