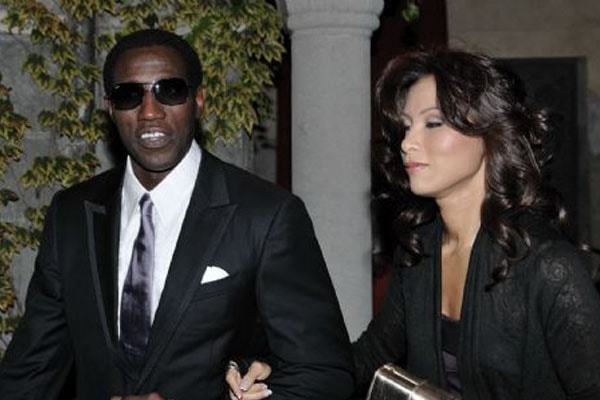 Alimayu Moa-T Snipes is the son of the famous American actor, Wesley Snipes. Alimayu’s father is best known for his action films, which mostly features his martial art skills. Wesley Snipes had his son Alimayu with his second wife Nakyung “Nikki” Park who is an artist and a painter.

Alimayu is not the only son of the couple, Wesley and Nikki. He has three other siblings named Alaafia Jehu-t Snipes, Iset Jua-T Snipes, and Akhenaten Kihwa-T Snipes. As for Jelani Asar Snipes, he is the elder half-sibling of Alimayu.

The fourth and youngest son of Wesley Snipes, Alimayu Moa-T Snipes was born on 26th of March 2007. Alimayu currently is enjoying his teen life. However, he doesn’t seem to rely on his social media lifestyle and doesn’t want the celebrity limelight like his father, Wesley. It seems Alimayu isn’t quite ready to reveal his personal space to the media yet.

However,  Alimayu might be getting his education by attending a good high-school.

Alimayu Moa-T Snipes Is The Youngest Among His Four Siblings

As mentioned earlier, Alimayu Moa-T Snipes has three siblings Akhenaten Kihwa-T Snipes, Iset Jua-T Snipes, and Alaafia Jehu-T Snipes. The mentioned ones are from his mother, Nikki Park. Alimayu also has an elder half-sibling Jelani Asar Snipe who is an actor. Wesley’s ex-wife April Dubois gave birth to Jelani before they got separated in 1990. Wesley was married to Nikki Park in 2003, after the birth of their daughter, Iset.

As Alimayu is the youngest among all of his siblings, it is obvious that he gets the most love and attention in his family. Although Snipes’ family are not at all interested in publicizing their life and personal bonding, the family seems to be happy together and living their life at the fullest.

Alimayu is a boy’s name, originated from Africa, Ethiopia which gives the meaning “In Honor of God.”