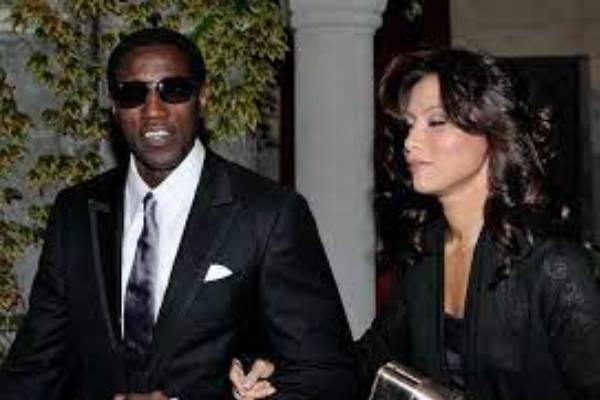 For those involved in the world of art, the name Nakyung Nikki Park might ring a bell in their mind. Park’s art exhibitions have made the self-taught artist famous. However, besides being an avid artist and painter, Nakyung Park has also gained popularity for being Wesley Snipes‘ wife.

Despite having such a famous personality for a husband, Park appears to enjoy a life away from the limelight. While the celebrity wife accompanies her husband to award ceremonies, she is rarely seen outside.

Many people know that the One Night Stand actor is married, but few know his wife’s whereabouts. So, in this article, we’ll learn about Wesley Snipes’ spouse, Nakyung Park. Let’s also see if the couple has ever welcomed any children together.

It is common knowledge that Nakyung Park has made a name for herself as a painter. Nakyung began drawing at a young age and has always been interested in art. According to sources, Wesley Snipes’ wife began drawing at the age of five and later moved on to painting.

Some of her well-known works in exhibitions include the Covan02 Art Gallery in Vancouver in 2017. Similarly, she has also displayed her work in the Modu Korean Artists Collective of the Western Canada Group Exhibition.

Furthermore, it is speculated that Nakyung Park is also a businesswoman and owns Permanent Makeup Vancouver. Therefore, whether or not the information is accurate, Park must be flourishing in her chosen field.

So, let us wish the artist the best and hope she excels in her future pursuits.

While Nakyung Park is a well-known artist in her own right, she is best recognized as the wife of Wesley Snipes. The love-smitten couple married in a civil ceremony at the County Court House in Hackensack, New Jersey, on March 17, 2003. Moreover, they only had a friend and had to use the court employee as their second witness.

Like their wedding, the pair have also kept their marriage discreet. Likewise, the couple does not believe in displaying their love on social media and keeps their private affairs low-key. Still, Wesley and Nakyung’s relationship seems to be flourishing, and they have now been married for over a decade.

Moreover, Snipes was also very close to his late father-in-law, Park Cheol, and respected him for his work. In honor of Nakyung Park’s father, Wesley delivered a eulogy in the Korean language. There he praised Park’s work and addressed him as the driving force behind the popularity of Korean culture worldwide.

Wesley Snipes’ Wife Is A Mother Of Four

As mentioned above, Wesley and Park have been married for more than a decade and they have four children together. Prior to their marriage, the couple welcomed two kids and they had two more after their marriage.

The two then welcomed their third child, a daughter Alaafia Jehu-T Snipes on May 26, 2004. Finally, on March 26, 2007, their fourth child, Alimayu Moa-T Snipes, was born.

However, like their parents, Nakyung Park’s children prefer to stay out of the spotlight. Nonetheless, the kids must be close to their family. So, let us all send our best wishes to Nakyung Park and her family and hope that they prosper in the coming days.

Although many Hollywood couples have made their relationship last, celebrities are notorious for having short relationships and unsuccessful marriages. Unfortunately, Nakyung Park’s husband also went through a failed marriage before finding his true love.

Wesley Snipes previously exchanged wedding vows with April Dubois in 1985 in a small ceremony. The press has photographed Snipes and his ex-wife holding hands and looking cozy on numerous occasions. Additionally, the former couple also welcomed a son, Jelani Asar Snipes, in 1988.

Unfortunately, their marriage was short-lived, and the pair split in 1990. Following the divorce, Wesley’s ex-wife has managed to remain out of the media’s reach. Consequently, it is not known if April ever married someone else.

Wesley, on the other hand, has moved on and is happily married to Nakyung Park. So, we wish the pair eternal happiness.