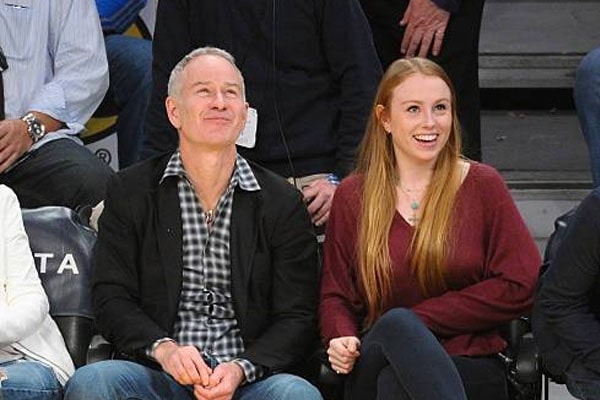 Talking about Anna’s parents, both of them are very talented and famous celebrities. Her dad is a former American tennis player, and mom, Patty Smyth, is a singer-songwriter. Coming back to Anna, she also has a half-sister, and she is none other than Ruby Meyers. Ruby is Patty Smyth’s daughter with her ex-husband, Richard Hell. So, let’s not waste any time and know more about Anna McEnroe.

Not many of you may know this, but John McEnroe’s daughter, Anna McEnroe, chose a very different and unique career. As going through Anna’s Twitter bio, she described herself as a ‘JD Student.’ JD refers to ‘Juris Doctorate,’ the highest law degree in America. It represents professional recognition of holding a doctoral degree in law.

She is probably a JD student in New York. Anna is perhaps focusing on her further studies and career at the moment. Even if Anna’s parents are celebrities in the entertainment industry who achieved great success, she didn’t follow her parents’ footsteps.

Rather than that, she did the exact opposite as she might be an admirer of the law. However, all of Anna’s family members must be supporting her. They are always there for her when’s she gets stuck with problems.

Thus, Anna seems to be very concentrated on her law career. Let’s wish her good luck for her career and hope she makes her family very proud of her too.

John McEnroe’s Daughter Is Far Away From The Limelight

Lovely, Anna McEnroe is living a subtle and low-key life. She doesn’t look like the kind of person who loves the spotlight. However, Anna loves to attend program functions, shows, and premieres with her parents sometimes. Anna and her mom, Patty Smyth, attended the premiere of EPIX original documentary ‘Serena’ on June 13, 2016, at SVA Theater in New York City.

It has just been a year that Anna has been a Twitter user. Anna also has an Instagram account, but it’s private. It gives us a hint that Anna prefers to live a normal and subtle life and is a woman of secrecy and privacy. Maybe she loathes being followed by the media and paparazzi.

So, in all, John McEnroe’s daughter is distant from the spotlight and is probably happy with her subtle and low-key life.