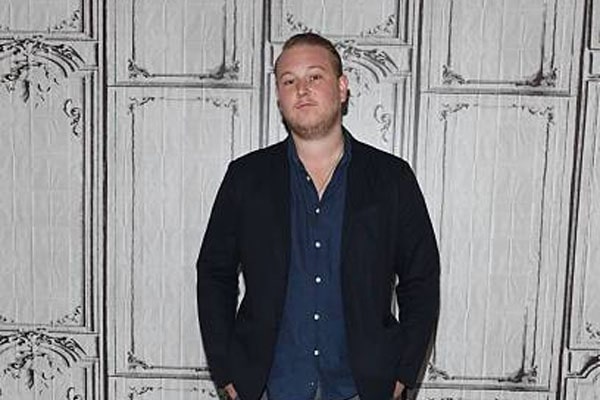 Tatum O’Neal‘s son with her ex-husband, John McEnroe, Kevin McEnroe is the eldest of all and was born on May 23, 1986. Talking about Kevin’s parents, both of them are famous celebrities. John McEnroe is a former tennis champion, and Tatum O’Neal is an American actress. However, the ex-couple divorced each other in 1997.

Kevin, being the eldest child, has two siblings named Sean O’Neal and Emily McEnroe. He also has two half-sisters, Anna McEnroe and Ava McEnroe. Ava and Anna are John’s daughters with his current wife, Patty Smyth. So, coming back to Kevin, let’s get to know more about Tatum O’Neal’s son.

Kevin McEnroe Is An Author And A Novelist

Kevin McEnroe is an author and a novelist by profession. He was born in Los Angeles and raised in New York. He graduated from Columbia University with an MFA. Kevin McEnroe authored his first novel ‘Our Town’ in 2015. The book is inspired by the troubled life of his grandmother, actress Joanna Moore. He credits her and calls his grandmother his ‘guardian angel.’

The novel ‘Our Town’ costs $9.99 for Kindle-edition and $15.95 for the Paperback on Amazon. Kevin McEnroe’s net worth probably consists of his income and earnings as an author. Similarly, he might be working on his new novels and books. Tatum O’Neal’s son hasn’t become one of the greats but is apparently flourishing day by day to achieve success.

Kevin’s parents and his family members are very proud of him and support him in every situation. Perhaps the novelist will publish loads of books and novels in the future.

Relationship With His Mom Became Better

After Kevin McEnroe published the book, it made better for him. His mom didn’t read until he had a gallery. When Tatum O’Neal read it, she called him crying and said Joanna would love it. Long ago, when John and Tatum got separated, she got addicted to drugs. She also had wondered “Why are you choosing drugs more than your kids?”

One of the happy things that happened after Kevin finished his book was that he was actually able to understand his mom. The things between mother and son sorted out which brought them even closer.

Accordingly, Tatum O’Neal’s son supposedly has good terms of relationship with his dad, step-mom, and siblings too. But Kevin misses his grandma the most. Perhaps, she is looking at her grandson and smiling from heaven.

Got Arrested In The Middle Of A Drug Deal

In 2014, John McEnroe’s son, Kevin got arrested for drug possession. According to PEOPLE, the cops stopped McEnroe in downtown after he was allegedly seen in the middle of a drug deal. He had carried six envelopes of cocaine and the NYPD spokesperson claimed that he also carried an anti-anxiety tablet, 20 painkillers, and 10 morphine pills.

Kevin’s mom, Tatum O’Neal also had battled drug addiction since she was a teenager. She got arrested for buying cocaine near Manhattan apartment in 2008. After she knew about her son, she called the 9th Precinct station house. As Kevin had no criminal history, he was released without bail.

Well, giving a glance at Kevin McEnroe’s Instagram, it looks like he is in a loving relationship with his someone special. He posted a photo of her and tagged on Instagram with the caption “My funny valentine.”

Kevin has tagged her in most of his posts so, they probably have a special bond for each other. We wonder if Kevin and his special friend are not ready to let out anything in the public. They are apparently happy with it being private.

The name Kevin is an anglicized form of the Irish name Caoimhim, meaning ‘handsome birth.’