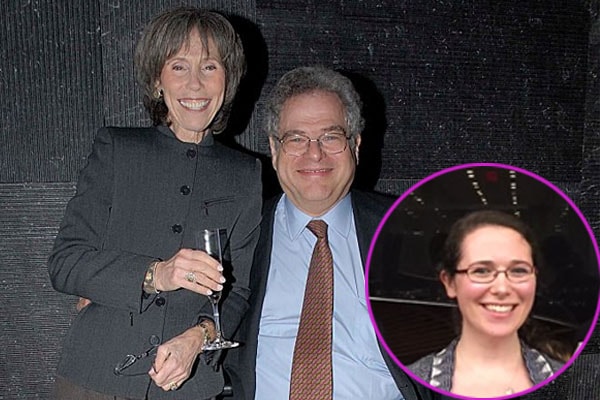 Toby Perlman and Itzhak Perlman‘s daughter, Ariella Perlman, is a flutist and a jewelry designer. She was born on January 17, in 1984, as Ariella Shoshana Perlman. She also has four siblings: Rami Perlman, Navah Perlman, Noah Perlman, and Leora Perlman.

Ariella Perlman Is A Flutist And A Jewelry Designer

Born into a family of avid musicians, it was only obvious that Itzhak Perlman’s daughter, Ariella, manifested an interest in the field as well. During 2006 and 2007, Ariella toured Europe and the United States with the West-Eastern Divan Orchestra, an Arab-Israeli orchestra. Itzhak Perlman’s daughter also played with the Honolulu Symphony in the spring of 2008. As of present, she plays the flute as a freelancer. Moreover, Ms. Perlman is now a certified teacher in a Jewish Montessori school in Houston.

In 2016, Ariella Perlman attended the 50th-anniversary celebration of Jones Hall with her father, mother, and husband, Robert Johnson. The celebration helped to raise $1.1 million which went to the renewal of the aged hall.

Itzhak Perlman’s daughter is also a jewelry designer. She even has a website for her creations called Ariella Perlman Jewelry. She also sells her custom jewelry online through Etsy.

Robert Edward Ontko Johnson, the Associate Principal Horn at the Houston Symphony is Ariella Perlman’s husband. The couple tied the knot on June 14, 2009.

Ariella met her now husband, Robert Johnson in February 2002, a day after they auditioned for Rice’s undergraduate music program. Both were backstage when Johnson’s navy blue trumpet jacket grabbed Ariella’s attention. On a whim, Ariella approached the uniformed man holding his French horn, gave him a quick hug, and complimented, “Hey, nice jacket.” It was rather a quick encounter and the duo didn’t meet until six months later, as Rice freshmen. Eventually, the two started dating.  The difference in their values and culture never really mattered until they resolved to marry. Robert decided to change to Judaism and finally, in 2009, the couple got hitched.

Ariella and Robert had to go through a mentally excruciating journey before they gave birth to their twin sons. Ariella Perlman’s husband had been diagnosed with Kallmann syndrome, a hormonal disorder that prompted delayed puberty including infertility. After almost 5 years the couple took help from the medical experts, they had twins, Reuben and Ezra.

The name Ariella is of Hebrew origin and means “Lion Of God”.