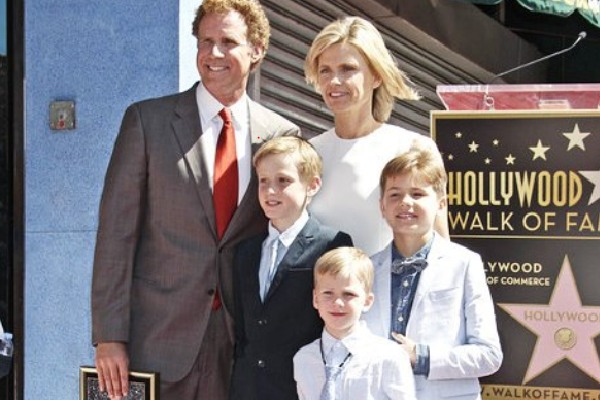 Will Ferrell is an American comedy actor who initially made a name for himself through Saturday Night Live. The actor is known as a member of Frat Pack, a group of comic actors who found fame in the late 1990s and the 2000s. He has appeared in quite a lot of comedy movies like Stepbrothers, Anchorman: The Legend of Ron Burgundy, and Talladega Nights over the years.

Even though Will is one of the most celebrated comedians, he remains pretty secretive about his personal life. Married to Viveca Paulin for more than two decades, the pair have three wonderful sons. Will tries to keep his life as private as possible, but we have gathered some interesting things about his children. Out of those three, let’s have a look at Will Ferrell’s son Axel Ferrell.

Youngest Son Of Will Ferrell And Viveca Paulin

Born on January 24, 2010, Axel Paulin Ferrell is the youngest son of Will Ferrell. Axel came to this world only hours after Will’s final performance as ‘Free Bird ‘ on Tonight Show with Conan O’Brien. He joined two older brothers Magnus Paulin Ferrell and Mattias Paulin Ferrell, born in 2004 and 2006, respectively. All three Ferrell siblings are pretty close to each other and spend quite a lot of time together.

Will must feel blessed to have such wonderful children. At first, it must have been hard for Will to manage his time with three sons, but he has become a wonderful parent over the years and even provides parenting tips every now and then. Axel being the youngest of the bunch is the baby of the family and can be seen by his father’s side most of the time.

Will Ferrell’s Son Axel Has Appeared In A Movie

Will Ferrell’s kid, Axel, has already made his debut on the silver screen. His first appearance was in the film Anchorman 2: The Legend Continues, where he starred alongside his two brothers Mattias and Magnus, as a Sea world kid. The siblings really made a cute scene together, which was too wholesome for the audience.

Axel is still pretty young to make a full-fledged movie appearance, but the 10-year-old seems to be pretty interested in acting. Well, as he grows up, his interest may divert to other fields, but if he ultimately chooses acting, he knows where to get his tips from. Even though the kids might not be fans of Will’s comedy now, they will surely know its importance later in life. Let’s hope he grows up to be as charming as his dad.

Also Read: Who Is James Thomas Cameron? One Of Chelsea Noble And Kirk Cameron’s Son

Axel Loves To Watch Basketball Games With His Father

Will Ferrell’s son, Axel, loves to watch basketball games with his father. The little guy was seen together with Will on multiple Los Angeles Lakers’ matches. As the Lakers won the 2020 NBA, Axel must have been really thrilled about it. According to Daily Mail, the father-son duo was spending one on one time with each other during the Lakers-Pelicans game in January 2020.

Axel seems to really love spending time with his father and especially accompanies him during basketball matches. Who knows, down the line, he might turn out to become a basketball player? One thing is for sure that he will get the full support from his parents whatever he decides to do.

Axel is a name of Hebrew origin, and it means ‘Father is Peace.’