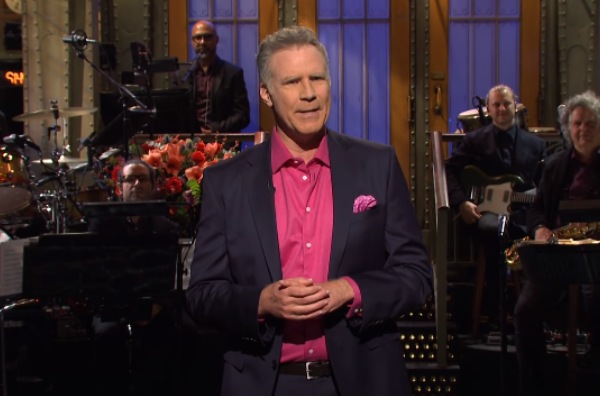 Known as a member of Frat Pack, a group of comic actors who emerged in the late 1990s and the 2000s, Will Ferrell is an incarnation of comedy himself. He made a name for himself through Saturday Night Live. After that, he went on to star in quite a lot of movies like Stepbrothers, Anchorman: The Legend of Ron Burgundy, and Talladega Nights.

The talented actor is highly popular for his comedic works, but his personal life hasn’t gathered that much attention. The 53-year-old is married to Viveca Paulin for more than two decades, and the couple is parents to three wonderful sons. Out of those three, we have gathered some interesting things about Will Ferrell’s son Mattias Paulin Ferrell, so don’t forget to read the whole article.

Middle Child Of Will Ferrell And Viveca Paulin

Born on December 30, 2006, Mattias Ferrell is the second child of Will Ferrell with his wife, Viveca Paulin. The 14-year old is the middle child of the family and has one elder brother Magnus Ferrell a younger sibling, Axel Ferrell. The three siblings are pretty close to each other and can be seen together most of the time. The birth of Mattias sure brought a lot of time management issues to Will’s family, but it sure did bring a lot of joy.

Unlike his brother Magnus Ferrell who already has more than 4k followers on Instagram, Mattias is pretty secretive on social media. But as he is just a kid, it is totally understandable. Moreover, Will and Viveca must be concerned about his interaction on various social media platforms and are probably cautious about their bad impacts on their young son.

Will Ferrell’s Son Mattias Has Already Made His Acting Debut

Will Ferrell’s son Mattias has already made his debut in the movies. Following in his dad’s footsteps, he first appeared in the 2013 movie The Anchorman 2: The Legend Continues. The film also features his dad Will in the lead role. Mattias, like his brother, played the character of Sea World Kid. He must look up to his father and elder brother a lot. Well, one may think Will’s humor definitely gets to his children, but as it seems, the three siblings are not a big fan of his comedy.

Even though the comedy does not inspire Will Ferrell’s kids, his illustrious career in the industry must do the trick. Mattias has also accompanied his father during different award ceremonies, and he was present with him when Will was honored with the Hollywood Walk of Fame in 2015. Will has definitely earned respect from his kids for his career, if not his comedic skills. As Mattias comes of age, he might also be a fan of his father’s work as children do not seem to understand it properly.

Apart from acting, Mattias also has a keen interest in sports, especially baseball, and can be often seen with his father during games.

Also Read: How Are Gildart Jackson And Melora Hardin’s Daughters Are Growing Up?